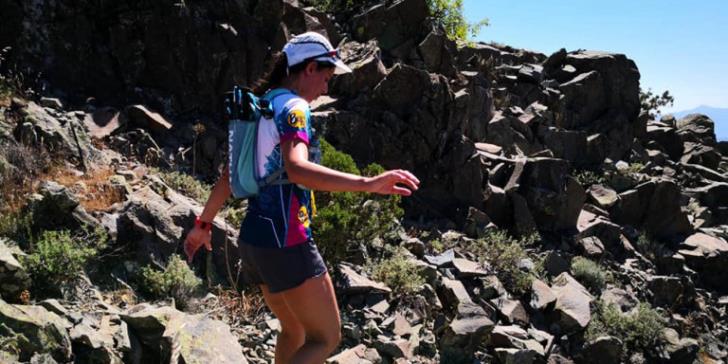 British Cypriot astrophysicist Natalie Christopher, 34,  died instantly from a head injury sustained after a fall in a ravine in Ikaria, according to a post-mortem examination carried out in Athens on Friday.

Natalie’s body was found in a 20 metre ravine on Wednesday afternoon by a volunteer fireman participating in a search operation launched at midday on Monday when she was reported missing by her partner.

After an investigation of the scene and an initial examination of the body, Greek pathologist Nicos Karakoukis told reporters yesterday that all indications were that Natalie had been killed instantly after she fell from a height.

This was confirmed by Friday’s post-mortem which found that Natalie had fractured the back of her skull when she fell in the ravine close to the hotel where she was staying with her partner, killing her instantly.

The post-mortem  also showed a fractured shoulder blade as well as abrasions on the knees and left hand. In addition there are indications that she hit a protrusion of the rock when she fell. The post-mortem showed no indication of struggle or any other finding to suggest foul play.

Natalie was a peace activist known for her love for the sciences and sport. She had gone for a run on Monday morning. hours before she and her partner were due to return to Cyprus.

When he was unable to reach her, he alerted police who launched a massive search.

Police believe she fell when a boulder dislodged as she was trying to ascend or descend a cliff at the ravine.