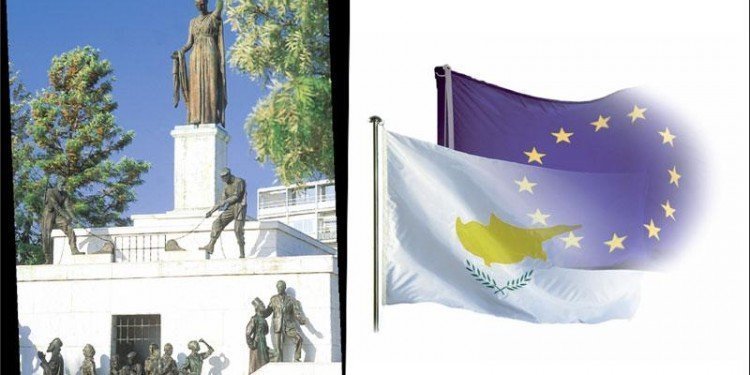 On the basis of the Zurich-London agreements Britain maintained two sovereign military bases on the island with a total combined area of 158,4 square kilometres, consisting of Dhekelia to the east of Larnaka and Akrotiri-Episkopi near Lemesos. Two treaties were signed as part of the Zurich-London agreements, the Treaty of Alliance and the Treaty of Guarantee.

The latter gave the right to the three guarantor powers, Britain, Turkey and Greece, to take action in the event that the provisions of the Treaty were violated. Although the Cyprus constitution safeguarded the basic rights and freedoms of all its citizens, it contained community provisions that made it complex and non-workable. In 1963 the President of the Republic proposed constitutional amendments which both the Turkish Cypriot community leadership and Turkey rejected. The Turkish Cypriots withdrew from the government and proceeded to set up an illegal “Temporary Turkish Cypriot Adminstration”.

As a result of subsequent inter-communal conflict that ensued at the beginning of 1964, a United Nations Security Council resolution established a U.N Peace Keeping Force in Cyprus. In 1974 the military junta ruling Greece at the time staged a military coup in Cyprus aiming at the overthrow of elected President Makarios.

Turkey used the coup as a pretext to invade militarily the island on 20 July 1974 and occupy 37% of the territory of the Republic of Cyprus, displacing about 200000 Greek Cypriots from the occupied northern part of the island. Despite international condemnation of Turkey and the acknowledgement of the rights of the Cypriot people drafted in various resolutions issued by the United Nations, the Security Council, the Commonwealth, the Non-Aligned Movement and other international organisations, Turkish troops still illegally occupy the northern part of Cyprus. On 1May 2004, with its northern part still under occupation, Cyprus became a full member of the European Union.

The accession act included a protocol which states that implementation of the acquis communautaire on the areas not controlled by the Cyprus government (as a result of the Turkish invasion) is suspended.