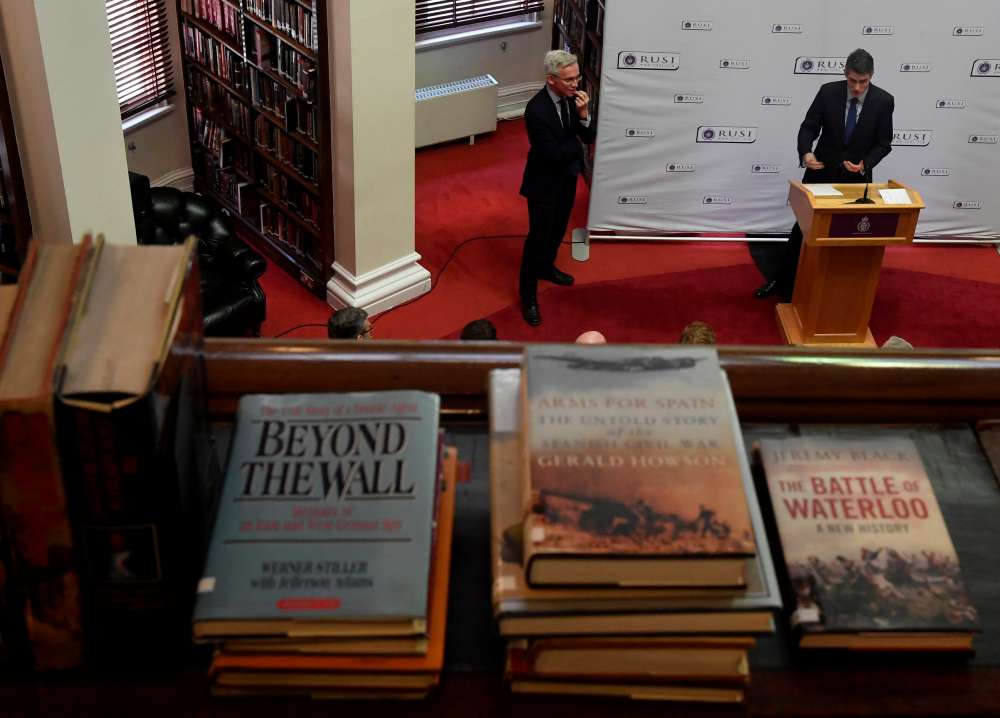 Britain will use military force to support its interests after Brexit, defence minister Gavin Williamson said on Monday, in a speech setting out a global role for the armed forces but with little detail on how to fund such ambitions in the long term.

Williamson outlined plans to send Britain’s new aircraft carrier to the Pacific, where London has been seeking to demonstrate its influence in relation to China, and invest his defence budget in new equipment and cyber capabilities.

Citing Russia as a danger to the international order, Williamson called for a tougher military stance after Brexit.

“Brexit has brought us to a great moment in our history. A moment when we must strengthen our global presence, enhance our lethality, and increase our mass,” he said.

He said boundaries between peace and war were becoming “blurred” by the increasing use of technological warfare, subversion and propaganda, and that Britain and its allies had to be ready “to use hard power to support our global interests”.

The opposition Labour Party accused him of “sabre rattling”.

In his speech in London, Williamson did not announce any new funding beyond what was allocated at a 2018 budget.

Britain spends around 36 billion pounds ($46.45 billion) per year on defence – the seventh largest sum globally, measured in dollar prices in 2017, according to the Stockholm International Peace Research Institute. That budget is dwarfed by those at the top of the list, with the United States spending 13 times more and China spending five times more.

Brexit has brought on Britain’s biggest political crisis since World War Two as Prime Minister Theresa May scrambles to find a last-minute agreement on the terms of withdrawal from the EU, due to take place on March 29. Brexit supporters say the decision to leave the EU will provide a chance for Britain to take on a new global role. Opponents describe it as a blow both to Britain’s influence and to the West as a whole.

“We will build new alliances, rekindle old ones and most importantly make it clear that we are the country that will act when required. We should be the nation that people can turn to when the world needs leadership,” Williamson said.

He announced that the first mission of the HMS Queen Elizabeth aircraft carrier will include work in the Mediterranean, Middle East and Pacific regions, and the vessel would carry two squadrons of British and U.S. F-35 jets.

In August a different British warship sailed close to the Paracel Islands claimed by China in the South China Sea, prompting fury in Beijing.

Williamson has previously lobbied successfully for more defence funding. Nevertheless, the armed forces face a long-term budget shortfall estimated by a parliamentary committee to reach 15 billion pounds over the next decade.

Britain is one of only a handful of NATO countries who meet the alliance’s target to spend 2 percent of output on defence. It was Washington’s main battlefield ally in the wars in Iraq and Afghanistan, with more than 600 troops killed.

Without citing specific examples, Williamson warned that the cost of non-interventions had often been “unacceptably high” and said that Western powers cannot ignore those in need.

“To talk but fail to act risks our nation being seen as little more than a paper tiger,” he said.