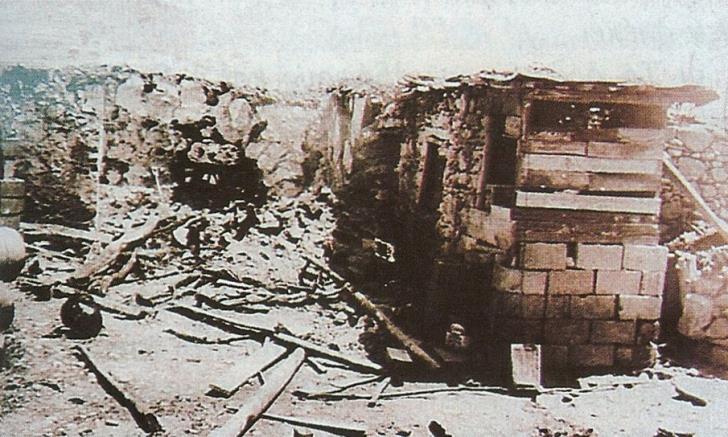 The office of the Presidential Commissioner Photis Photiou is considering launching excavations at the site of a former hospital in Pachyammos, to search for the remains of Greek Cypriots who were killed during the 1964 bombing of Tylliria by the Turkish air force.

Speaking to CNA, Commissioner Photiou said that his office was already collecting information from various government departments and non-government agencies, about the details of the case. It is said that the number of those fallen is 13, but nobody knows for sure, he noted.

After collecting the necessary information, the office will present a proposal to Cabinet to proceed with the excavation, in the framework of an exhumation programme carried out by the Republic of Cyprus, Photiou added. A similar procedure was followed with respect to the remains of Greek commandos on board the Noratlas military aircraft, shot down by friendly fire in 1974, as well as for the crew of “Phaethon” patrol boat, that took part in the 1964 battle of Tillyria.

All information collected will be evaluated and “the right move would be to conduct at the end an excavation there, in order to see what we can find from all this information” he underlined.

Photiou referred moreover to various pieces of information, indicating that the number of those fallen adds up to 13, while some relatives have yet to receive the remains of their beloved ones, for a proper burial. “The situation is tragic and it hurts” he said, noting the issue is predominantly a humanitarian one.

By In Cyprus
Previous articlePublic Works Department : No cause for concern over Moni bridge
Next articleLights back on after blackout on Greece’s popular Hydra island