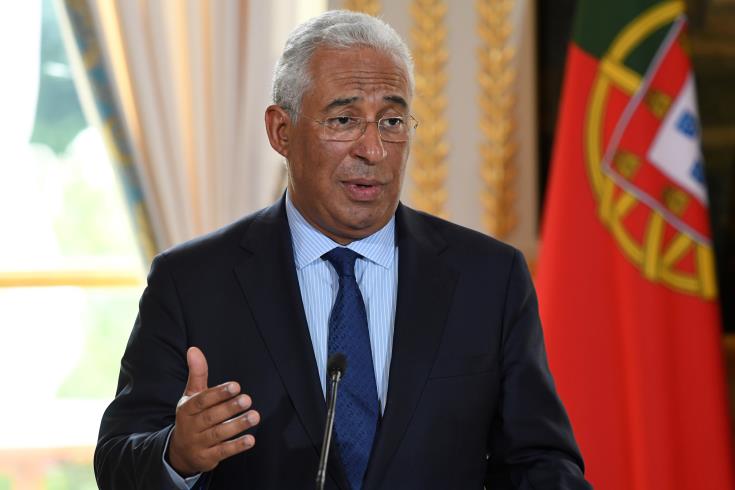 The Prime Minister of Portugal Antonio Costa arrives in Cyprus on Monday for an official visit, ahead of the 5th Southern EU Countries Summit taking place in Nicosia on January 29, with the participation of France, Italy, Spain, Greece, Portugal, Malta and Cyprus.

Costa will hold official talks with the President Nicos Anastasiades on Tuesday morning at the Presidential Palace. Government Spokesman Prodromos Prodrmou said on Monday that Costa’s visit to Cyprus is another opportunity to strengthen and enhance the relations between Cyprus and Portugal, which share so many things in common.

He noted that the two countries have common interests and that during the talks the two sides will exchange views and discuss ways of further strengthening their relations.

Referring to the MED7 Summit that will take place on Tuesday afternoon at the Filoxenia Conference Centre, in Nicosia, Prodromou said that the Summit will discuss the great challenges which Europe faces today as the migration issue, Brexit, energy security, the 2021-2027 Multiannual Financial Framework, developments in the Eurozone and the climate change.

Moreover he noted that President Anastasiades will have, on the sidelines of the Summit, bilateral talks with the President of France Emmanuel Macron and with the Prime Minister of Italy Guiseppe Conte.

He stressed that the seven countries attending the Summit have common interests and that some of the great challenges which Europe faces as the migration issue and the flow of refugees concern particularly the Mediterranean region.

He noted that it is well known that Greece and Italy have received the biggest number of migrants, while proportionally Cyprus is now a front-line state.

Prodromou said that actions are being made with a view to secure more solidarity as regards this issue, adding that Cyprus needs not only financial support, but also support through policies to address the situation, given the fact that Turkey does not implement the readmission agreement in the case of Cyprus.

Referring to the energy security issue, Prodromou recalled that three out of the seven southern EU countries – Cyprus, Greece and Italy – participate in the efforts underway for the EastMed project.

Prodromou noted that during the Summit in Nicosia the seven countries will exchange views and coordinate their actions with a view to address, in the framework of the European policies, the problems they are faced with, to achieve the best results for them and their peoples, adding that a Joint Declaration will be issued at the end of the Summit.