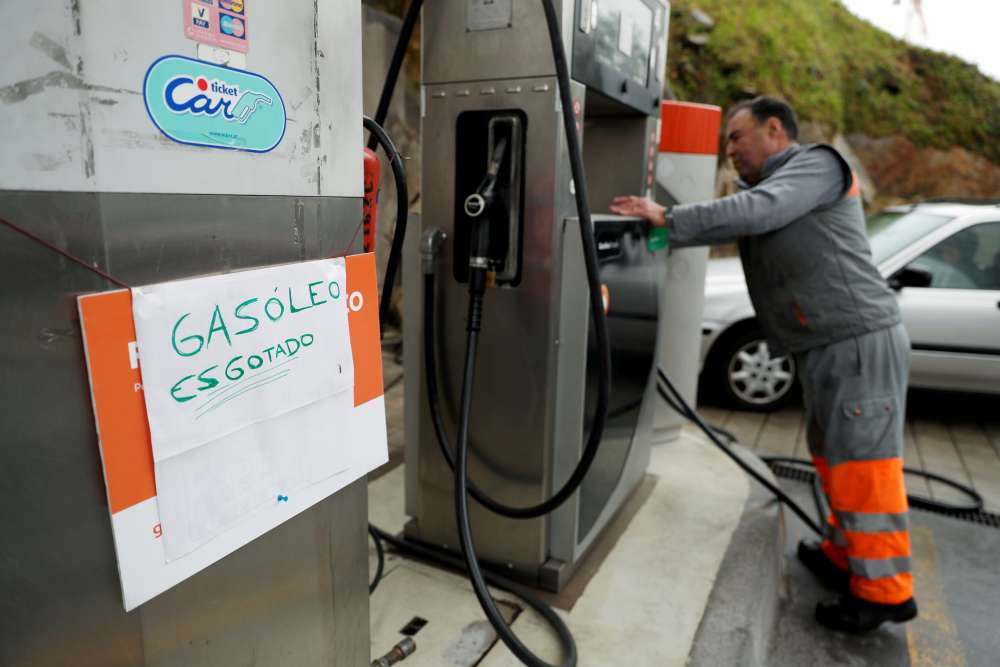 The Portuguese government imposed fuel rationing at petrol stations on Monday as fuel-tanker drivers started a strike and it promised to prevent the labour action from paralysing the country at the height of the tourist season.

A strike in April was Portugal’s worst outbreak of industrial unrest in years. Tanker drivers decided to stop work for the second time this year after talks with their employers over better pay and workers’ rights failed.

The Socialist government declared an energy crisis on Friday ahead of the strike, allowing it to ensure full supplies to ports, hospitals, airports and other priority users.

The fuel rationing for the public restricts drivers to a maximum of 15 litres of petrol or diesel per filling at specially designated stations covered by the government-decreed minimum services scheme, and 25 litres at all other stations.

Some stations were out of fuel on Monday morning, but there were few lines so far.

The National Hazardous Materials Drivers’ Union (SNMMP), which called the strike, said they would comply with the minimum services, but there are concerns they may fail.

“It’s absolutely essential that everyone does their part, that those on strike exercise their right and that the minimum services enacted are respected,” Prime Minister Antonio Costa said on Sunday. “Common sense must prevail.”

The fuel-tanker drivers said the strike will carry on until the employers’ association ANTRAM makes a “reasonable proposal”.

“Until then we will strike for a day, a week, a month, as long as it takes,” said SNMMP vice president Pedro Pardal Henriques. The Independent Freight Drivers’ Union (SIMM) will also take part in the strike.

By In Cyprus
Previous articleBrexit Party’s Farage ridicules Harry and Meghan with jibe at UK royals – Guardian
Next articleWhat is life like for young Europeans?