Pork with mustard and leek puree 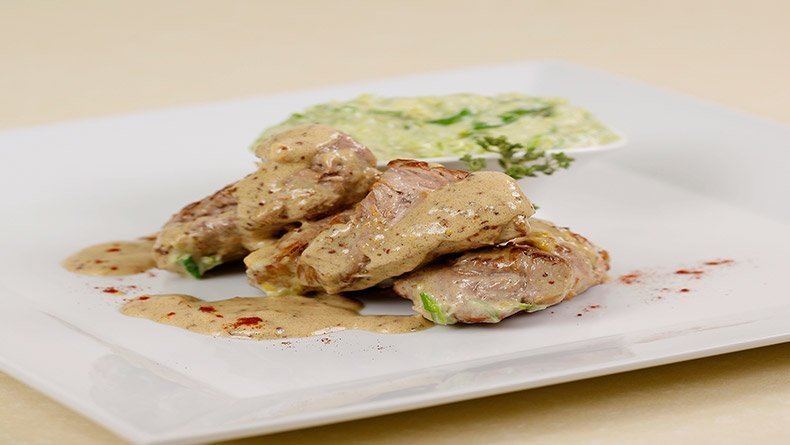 Heat the olive oil in a broad, stewed pot and sauté the onion until it withers. Add the pork and roast it until it is brown on all sides. Then, pour in the wine, the barbecue spices and the mustard and stir well.

Lower the heat and allow the food to simmer until 1/3 of its fluids remain. Add the cream, salt and pepper until the sauce ties.

In the meantime, prepare the leek puree: Heat the olive oil in a saucepan and sauté the leeks, stirring them often until they wilt well without getting any color. Empty them in the blender or food processor and mix them until they become a puree. Return them to the pot and stir them to make a smooth mix. Add the cream and continue shaking until the mixture binds. Add salt and pepper and stir in the cumin. Serve the pork with the sauce and accompany it with the leek puree.

By In Cyprus
Previous articleUK minister to apologise to Ivanka over ambassador’s leaked memos
Next articleLarnaca: 41 year old man remanded in custody for child pornography