Pope urges predator priests to turn themselves in 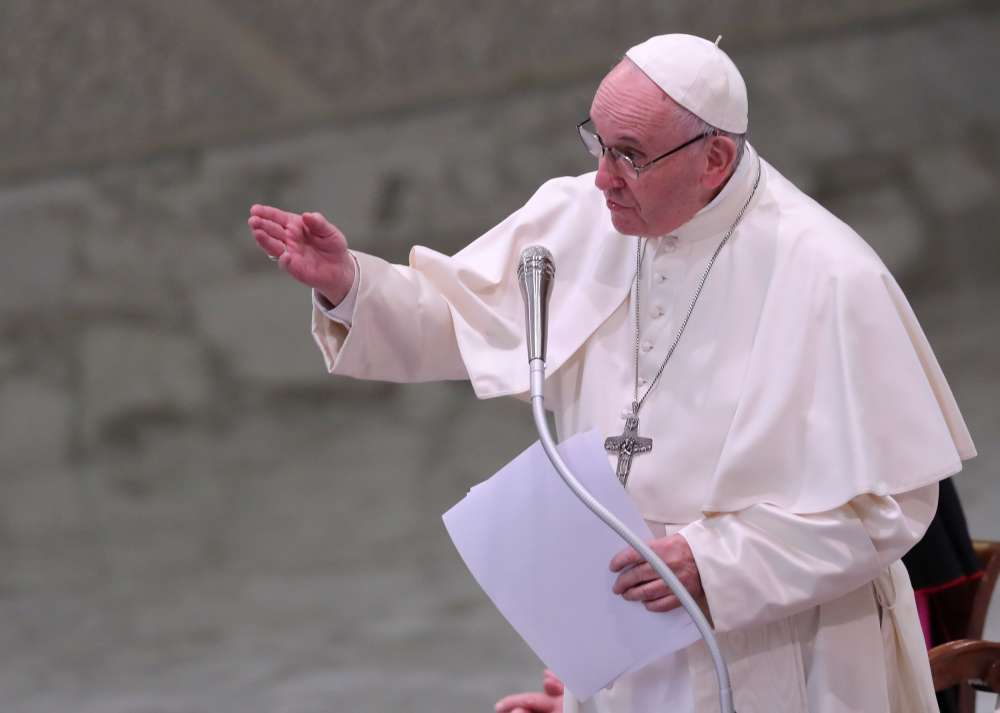 Pope Francis on Friday urged predator priests who have sexually abused minors to turn themselves in, making one of his strongest comments ever on the crisis sweeping the Roman Catholic Church.

While it was not immediately clear if Francis was referring to the Church judicial system, civil justice, or both, Vatican sources believed it was the first time thepope had made such a direct appeal.

“To those who abuse minors I would say this: convert and hand yourself over to human justice, and prepare for divine justice,” Francis said in his traditional Christmas address to the Curia, the Vatican’s central administration.

He spoke two months before an extraordinary summit on the sexual abuse crisis that will be attended by the heads of some 110 national Catholic bishops’ conferences and dozens of experts and leaders of religious orders in the Vatican.

Francis has previously used the Christmas address to denounce cases of corruption and mismanagement in the Curia. This time, he concentrated on the global sexual abuse crisis.

“Let it be clear that, faced with these abominations, the Church will spare no effort to do all that is necessary to bring to justice whoever has committed such crimes. The Church will never seek to hush up or not take seriously any case,” he said.

When the pope has made similar promises of zero tolerance in the past, victim groups have scoffed, saying the Church has to come up with a clear policy to make bishops themselves accountable for the mishandling of abuse cases.

The groups say the February meeting must do precisely this.

In his address, Francis acknowledged that the Church had made serious errors in the past but promised to make “past mistakes opportunities for eliminating this scourge” from both the Church and society at large.

Francis himself made such an error earlier this year when he first strongly defended a bishop in Chile who had been accused of covering up abuse, only later to launch an inquiry and accept the resignation of that bishop and other prelates in Chile.

“It is undeniable that some in the past, out of irresponsibility, disbelief, lack of training, inexperience, or spiritual and human short-sightedness, treated many cases without the seriousness and promptness that was due,” he said.

“That must never happen again. This is the choice and the decision of the whole Church.”