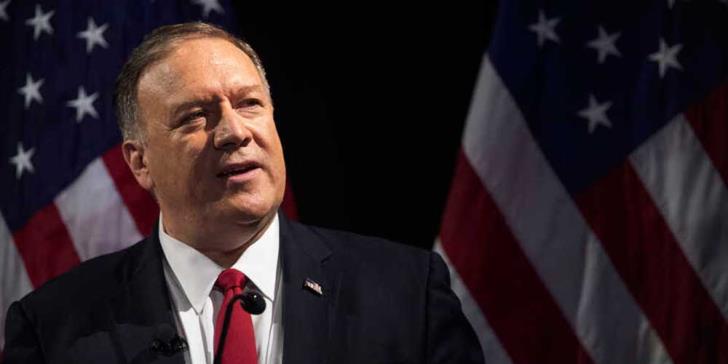 US Secretary of State Mike Pompeo is visiting Cyprus on Saturday in a bid to seek a peaceful solution to mounting Mediterranean tensions as he called on Turkey to pull back its forces.

Pompeo will hold talks on the island after a trip to Doha where he will help inaugurate long-awaited talks between Afghanistan’s government and the Taliban.

The top US diplomat said his trip to Cyprus would complement phone calls by President Donald Trump with his Turkish counterpart Recep Tayyip Erdogan and Greek Prime Minister Kyriakos Mitsotakis.

“So I’ll be working on that project as well, trying to make sure that I understand the risks that are associated from the people of Cyprus’ perspective,” he told AFP.

Pompeo credited Germany with seeking to lower tensions. France has also been active on the maritime rift and has staunchly backed Greece and Cyprus.

Greece responded with naval exercises as a warning.

The move was aimed at bringing stability to the divided island but critics said it had the opposite effect, pushing Cyprus to cooperate with other nations such as Russia.

At the same time, Foreign Minister Nikos Christodoulides on Thursday evening said on Twitter he had discussed issues relating to bilateral cooperation, recent developments in Eastern Mediterranean and other issued of common and of EU interest during a telephone conversation with Acting Secretary Phil Reeker.