Pompeo to reaffirm support for reunification efforts during visit to Cyprus on January 7, State Department says 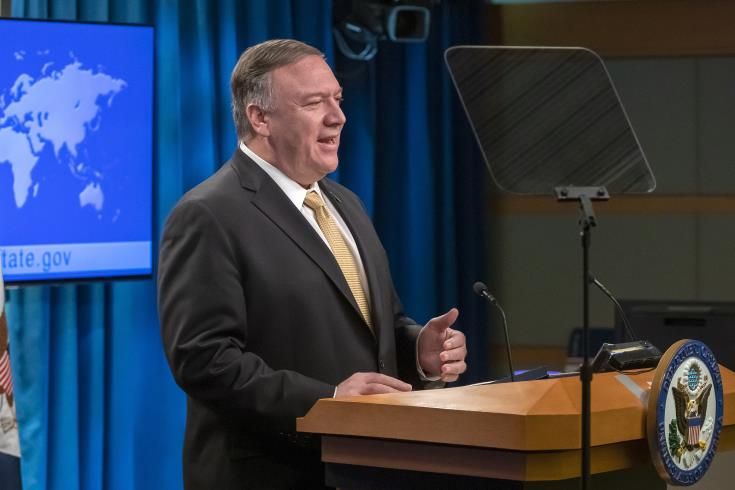 US Secretary of State Michael Pompeo is set to reaffirm the United States` support of UN-facilitated Cypriot-led efforts to reunify Cyprus as a bizonal, bicommunal federation during a visit he will pay the island on January 7.

In a press release issued on Monday, the State Department announced that Pompeo will travel to Kyiv, Ukraine; Minsk, Belarus; Nur-Sultan, Kazakhstan; Tashkent, Uzbekistan; and Nicosia, Cyprus from January 3-7.

Cyprus will be the last country the US Secretary of State will visit on January 7.

According to the State Deparment`s press release, Pompeo will meet with Cyprus President Nicos Anastasiades and Foreign Minister Nikos Christodoulides “to reaffirm the robust US – Republic of Cyprus relationship.”

While in Nicosia, the press release continues, “the Secretary will also meet with Turkish Cypriot Leader Akinci.”

“The Secretary will reaffirm to leaders of both communities continued U.S. support for UN-facilitated Cypriot-led efforts to reunify Cyprus as a bizonal, bicommunal federation in line with UN Security Council Resolutions,” it concludes.

After a tripartite meeting, in Berlin, between Cyprus President, UN Secretary General Antonio Guterres and Turkish Cypriot leader Mustafa Akinci, on November 25, Guterres issued a statement saying that he “agreed to extend my efforts to achieve terms of reference to serve as a consensus starting point for phased, meaningful, and results-oriented negotiations at the earliest feasible opportunity.”

By In Cyprus
Previous articlePaphos: Syrian man wanted for assault and robbery
Next articleIndustrial production up in October and first ten months of 2019