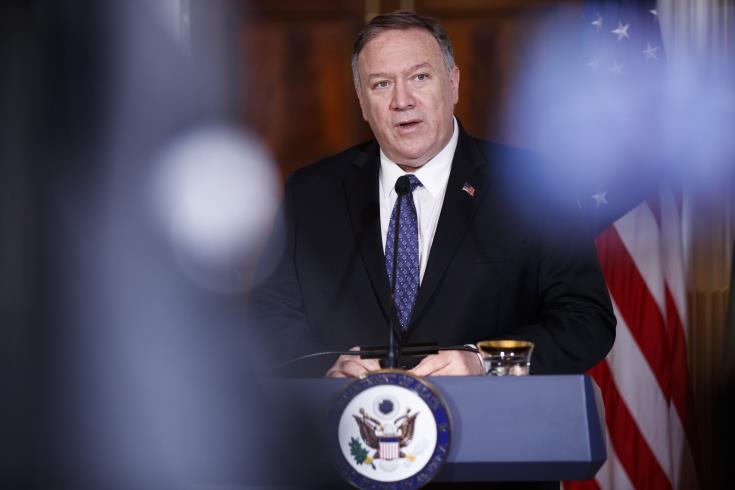 US Secretary of State Mike Pompeo assured Cyprus’ Foreign Minister Nikos Christodoulides that the United States share his concerns that any unilateral actions to reopen Varosha or to settle the city with people other than its original inhabitants would not be conducive to the resumption of settlement talks and would run contrary to United Nations Security Council Resolutions 550 and 789.

A well-informed source in Washington said that Pompeo was responding to a letter sent by Christodoulides on September 13.

“The United States looks to all parties to respect these resolutions and will deliver this same message clearly to Turkey” Pompeo says in his letter, according to the same source.

The top US diplomat also refers to settlement negotiations regarding the Cyprus issue, underlining that the United States believes that a bizonal, bicommunal federation offers the best chance for the people of Cyprus to have a more peaceful and prosperous future.

Pompeo notes finally that Washington continues to encourage all stakeholders to refrain from actions or rhetoric that increase tensions in the region and calls on both sides to take significant steps to improve bicommunal relations.

Christodoulides will attend later today a transatlantic dinner hosted by Pompeo for his EU counterparts. The Foreign Minister of Cyprus will also meet later bilaterally with Philip Reeker, the Assistant Secretary of European and Eurasian Affairs.