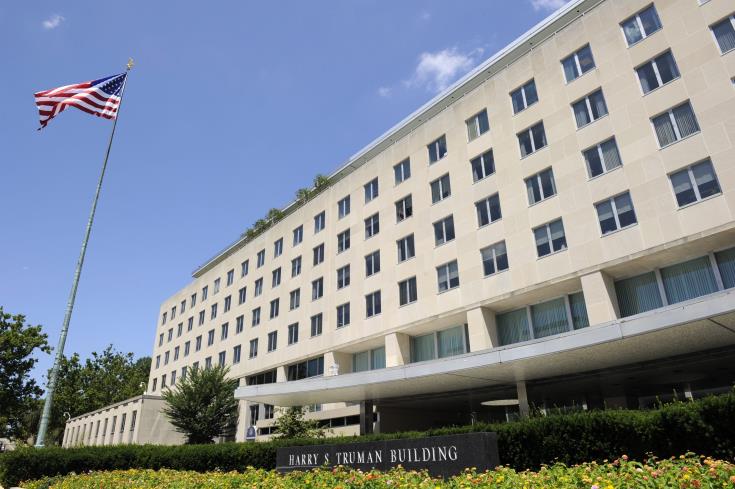 US Secretary of State Mike Pompeo has informed President Nicos Anastasiades of his country’s decision to lift the embargo imposed in 1987 on Cyprus as regards the sales of non-lethal weapons.

Pompeo and Anastasiades had a telephone conversation late on Tuesday, according to a written statement by government spokesman Kyriakos Koushos.

“This development constitutes recognition of Cyprus’ role in the region and indicates the importance which the US and Cyprus attribute to strengthening their bilateral relations particularly in the defence and security area,” Koushos also said.

“This is ascertained by the progress being made on these issues after the signing of the Statement of Intent between the Republic of Cyprus and the US on November 6, 2018, by Cyprus Foreign Minister Nikos Christodoulides and the then US Assistant Secretary of State for European and Eurasian Affairs Wess Mitchell,” he added.

In addition, Pompeo has expressed his satisfaction over the cooperation that has been achieved between the US and the Republic of Cyprus.

The telephone conversation, Koushos noted, was the initiative of Pompeo with whom Anastasiades also reviewed in detail developments in the Eastern Mediterranean and the dangers for peace and stability in the region as a result of Turkish provocations.

Pompeo clearly noted that the US recognises the sovereign rights of the Republic of Cyprus and Greece and the urgent need of focusing on dialogue on the basis of the international law as a necessary prerequisite to create and consolidate conditions of stability and peace in the region.
Anastasiades has briefed the US Secretary of State about Turkey’s illegal activities in the Cyprus Republic EEZ and its threats as regards the issue of the fenced-off city of Famagusta.

Turkey and the illegal regime in the occupied areas have made recent provocative announcements and threats as regards the opening of the fenced off city of Varosha, in violation of the relevant resolutions. (CNA)