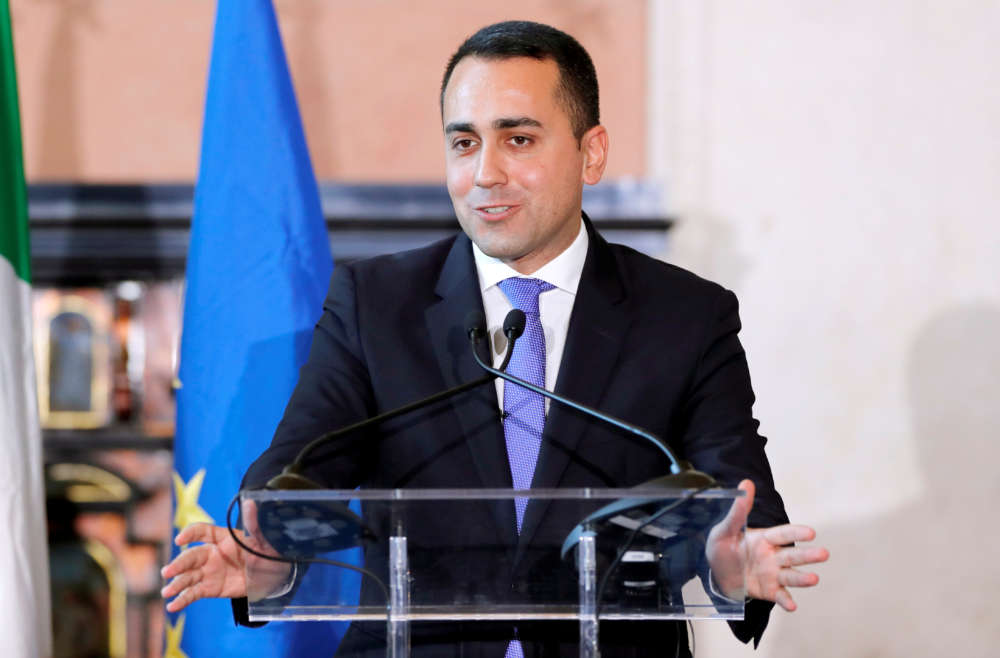 Italy’s politicians should play a bigger role in the appointment of the Bank of Italy’s governor, the leader of the ruling 5-Star Movement said on Sunday, after the costly bailout of a small southern bank led to criticism of the efficacy of the central bank’s supervisory role.

“Italy needs a reform to give parliament more voice, with the right precautions, in the choice of the (central bank’s) top management,” Luigi Di Maio told Italian newspaper Il Sole-24Ore.

The 5-Star leader subsequently told Reuters that he was referring to the appointment of the governor and the remaining four members of the board.

Under the current system, the appointment of the governor is the responsibility of the government, the Bank of Italy’s board of directors and Italy’s President. The central bank appoints its other board members itself.

In the latest of several state rescues of ailing lenders, the government last week granted a lifeline of up to 900 million euros ($997.02 million) to cooperative bank Popolare di Bari.

Successive Italian governments, with support from healthy banks, have spent more than 20 billion euros managing banking crises since 2015. In many, politicians blamed the Bank of Italy and its governor Ignazio Visco for failing to identify problems early enough. Both have always denied responsibility.

Critics say a key factor in Popolare di Bari’s crisis was its 2014 acquisition of troubled rival Tercas. The takeover was authorised by the central bank but further weakened Popolare di Bari by increasing its bad loan burden.

Di Maio said he would have expected “a bit of self-criticism from those who had the task of supervising” and that the silence kept on the issue by the Bank of Italy “doesn’t do it honor”.

5-Star’s proposal to limit the central bank’s autonomy in appointments could open a new source of tension among ruling parties already split on issues from migrant rights to motorway concessions.

Andrea Orlando, deputy leader of the co-ruling Democratic Party (PD), told Reuters this week that the PD would not back it and suggested instead separating the Bank of Italy’s supervisory structure from its other functions.

“The banking supervision must be reformed to make it incisive in preventive interventions,” Di Maio said on Sunday adding that “it must make sure cases such as that of the Popolare di Bari no longer occur “.