Police will be ‘unrelenting’ in implementation of decree 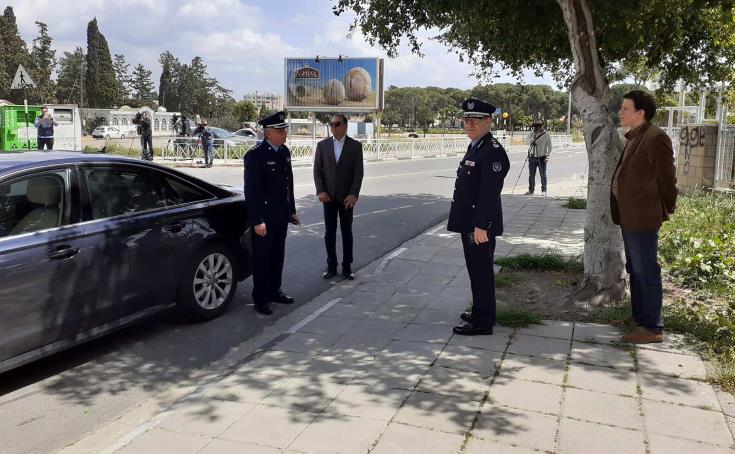 Police will be unrelenting in their implementation of decrees aiming to contain the spread of coronavirus, police chief Kypros Michaelides warned on Wednesday.

Speaking in Larnaca where he had gone to inspect police checks of stay at home decrees, Michaelides said that public health took precedence.

“I have spoken to all the police divisional chiefs as well as those at the checkpoints that we must all be strict. The aim is to protect public health,” he said.

He said 50 game wardens have been called in to boost police patrols as have members of the National Guard.All are have personal protective equipment for their own safety.

Overall there was compliance but there were still individuals who fail to listen. Police are obliged to book and fine them whereas in some cases, some will stand trial because of more serious offences or the way they break the decree, he added.

Asked whether cases are being taken to court, he said that there were ‘several’ cases and more are on the way. The courts were fast tracking these cases so as to contribute to building awareness on the need for compliance.

He did not rule out police taking additional measures, but said that there were very few cars and people on the roads today.

“There are of course exceptions. They are booked and we will be unrelenting,” he said