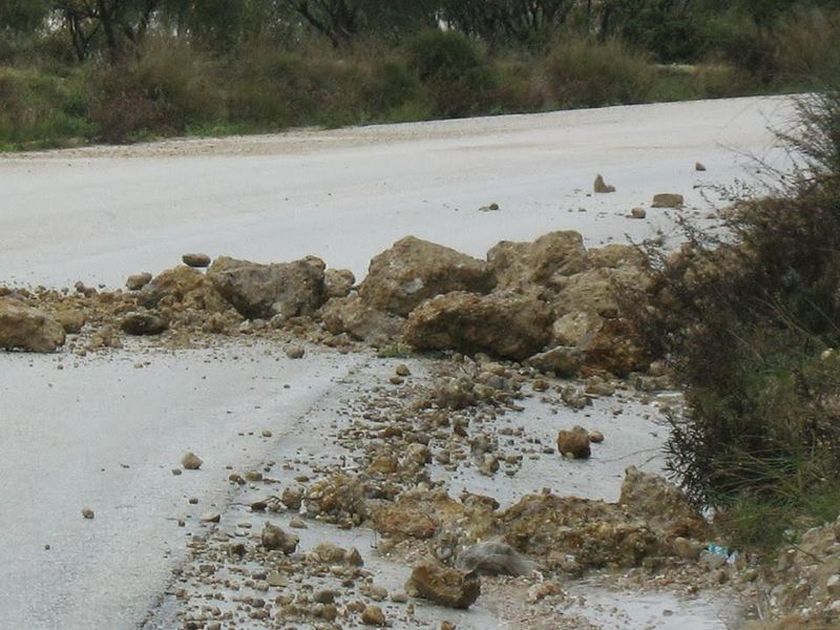 Police early on Friday urged drivers to be particularly careful  as roads are slippery because of the rain and there is ice on mountain roads. Mudslides and rock falls have also been reported on mountain roads.

Rock falls have occurred on the Youri-Farmakas road in the Nicosia district and one one of the lanes has been closed and sign posted. There have also been rock and mudslides on the Yeras -Kalo Chorio and the Kalo Chorio and Agros roads in the Limassol district.

Because of ice, the Karvounas -Troodos, Platres -Troodos, Trooditissa-Troodos and Prodromos -Troodos roads are open only to vehicles with four wheel drive or are equipped with snow chains.

The Pedoulas-Prodromos, Prodromos-Pinewood-Kakopetria and Kakopetria -Karvounas roads are open to all vehicles but are slippery because of rain.

In the Paphos district, the Kelokedara -Nata-Amargeti road is closed because of flooding of the Zyripilli river while flooding of the Xeros river has closed the Yalataria-Salamiou road. The Tselefos bridge is closed for the third consecutive day.

Rock slides have been reported on the Haletria-Kelokedara-Arminou-Filousa -Ayios Nicolaos and Kaminaria roads.

Because of mud, the Salamiou-Pretori and the Kidasi-Mandria-Platres roads are slippery while there is thick fog in the area and visibility is low.