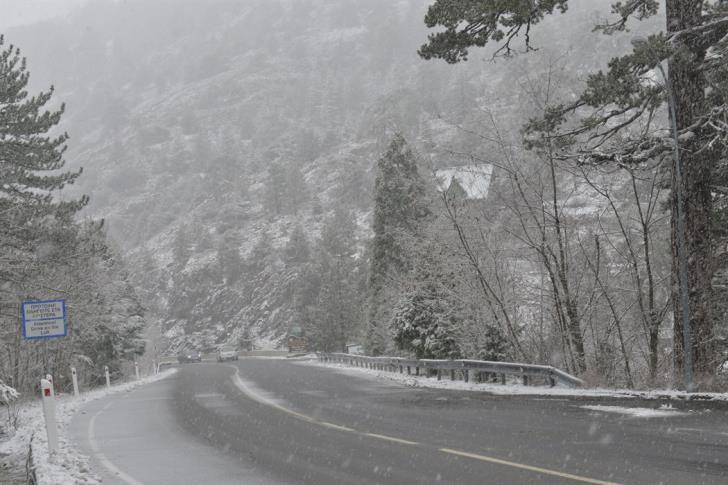 Police has warned that there is fog in the Troodos, Platres, Palaichori and Agros areas and visibility is low.

Also, heavy winds are affecting the area near Avdimou-Paphos. Drivers on the Limassol-Paphos highway are urged to drive slowly and to keep a safe distance from other vehicles.

Landslides have been observed on the Dierona-Akrounta road, police added.

The met office early on Wednesday issued a yellow alert warning of heavy rainfall over the next 24 hours.

Met office director Kleanthis Nicolaides told CyBC radio that a low pressure system  affecting the area  will continue until Friday with rain and the possibility of isolated thunderstorms.

In its yellow alert issued, the met office said the  total rain accumulation locally is likely to exceed 55 mm in a 24 hour period. It added that isolated thunderstorms are possible late in the afternoon.

The yellow alert is in force from 6 am on Wednesday to 6 am on Thursday.

Snow in Troodos Square is 44 cm.