Police warn for caution because of snow-covered, slippery roads 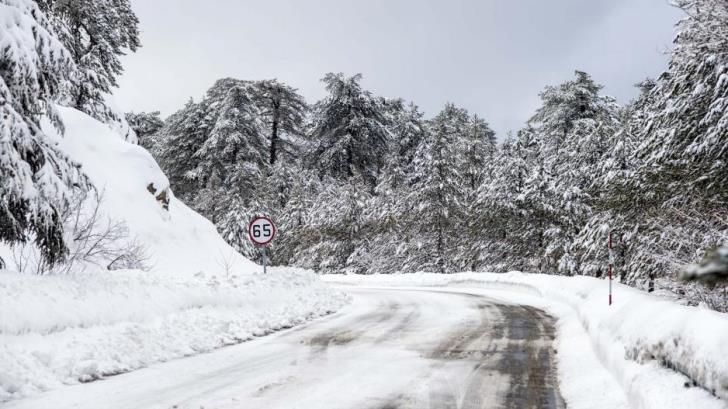 Police on Wednesday warned that roads on high-altitude snow-falling areas are extremely slippery and open only to vehicles with four-wheel drive and to those with snow chains.

Police also called on motorists on the Paphos-Limassol highway to be extremely careful because of frosty conditions – especially at the roundabout near Koloni area.

In mountainous, fog-covered areas the Prodromos-Troodos road remains closed because of snowfall, while that of Palechori- Agros is now open to traffic. But, again, only for vehicles with four-wheel drive or equipped with anti-snow chains.

In addition, open are the following roads but ONLY to cars with four-wheel drive and /or snow chains:

Police are also urging people to get up-to-date information on the state of play of roads through their website – www.cypruspolicenews.com – or the Force’s Facebook and Twitter accounts.