Police to step up checks at restaurants, cafes after weekend of ‘lack of discipline’ 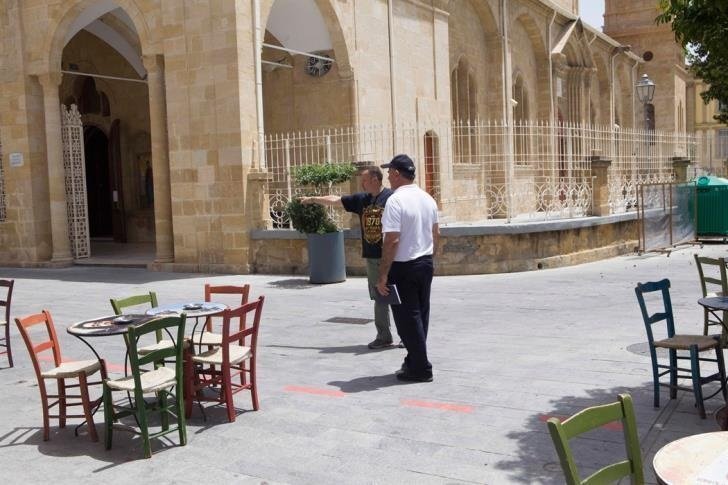 Police will step up checks at restaurants and other catering establishments amid fears that distancing and other rules were being broken by customers set on having a good time after several weeks of lockdown.

Experts advising the government on the coronavirus outbreak have already voiced concern over crowding and lack of discipline, particularly by young people, at catering establishments and in public areas over the weekend.

And government spokesman Kyriakos Koushos said the government was also concerned. He said the Justice Minister has asked the police chief to instruct police officers to be step up their checks while a bill that will impose tough penalties on business owners who break the decrees  is being rushed to parliament.

Phanos Leventis, spokesman of the Association of Catering Establishments has appealed to the public to recognise that there are rules in place that must be respected. He expressed concern that the whole sector may be penalised because of the irresponsible behaviour of the few.

Speaking to CNA in Monday, police spokesman Christos Andreou said that he too had seen photos and videos of catering establishments over the weekend where measures were not being adhered to.

He said there were cases of crowding while other photos showed people were not seated at the table, as per the Health Ministry’s decrees, but were standing and dancing between the tables which is prohibited.

In some case police had advised business managers to comply, he said adding that checks at various businesses which have reopened such as barbers, hair dressers and restaurants fell under the responsibility of the Health Ministry.

Police intervenes when it sees that provisions of the decrees are being violated he said.

Over the next few days police in cooperation with officials from ministries will be carrying out targeted checks and even tougher controls to ensure compliance.

Police are drawing the attention of owners and managers of catering establishments to the decrees and stressing that they must ensure compliance.

The public can be offered service only at the table and therefore standing around, dancing or congregating between tables is prohibited.

Also prohibited is the use of the bar by customers. The bar can only be used by employees to prepare food or drink. This means that even standing near the bar is prohibited for the public, police have clarified.

Meanwhile, in an appeal of his own, catering establishments spokesman Leventis urged the public to understand that partying is not allowed under the current second stage of the relaxation of measures.

“People should not come and ask for the kind of recreation which is not permitted in the current phase,” he said.

He also had a message for his members that they must respect the protocols to the letter. Catering establishments are only allowed to operate outdoors and with distancing and other rules. They will be allowed to open indoors from June 9 with phase three.

“It would be a pity and unfair if the whole sector is victimised just because of lack of discipline by a few,” he said and urged owners to be responsible.

Leventis said that the association has contacted the ministry to protest that the name of a Protaras restaurant which has not even opened was published after two employees tested positive. This will discourage businesses from sending their employees to be tested, he argued.

By In Cyprus
Previous articleSampling for Covid in schools continues, completed tests near 7,000
Next articleMinister: Back to school for 769 pupils with disabilities