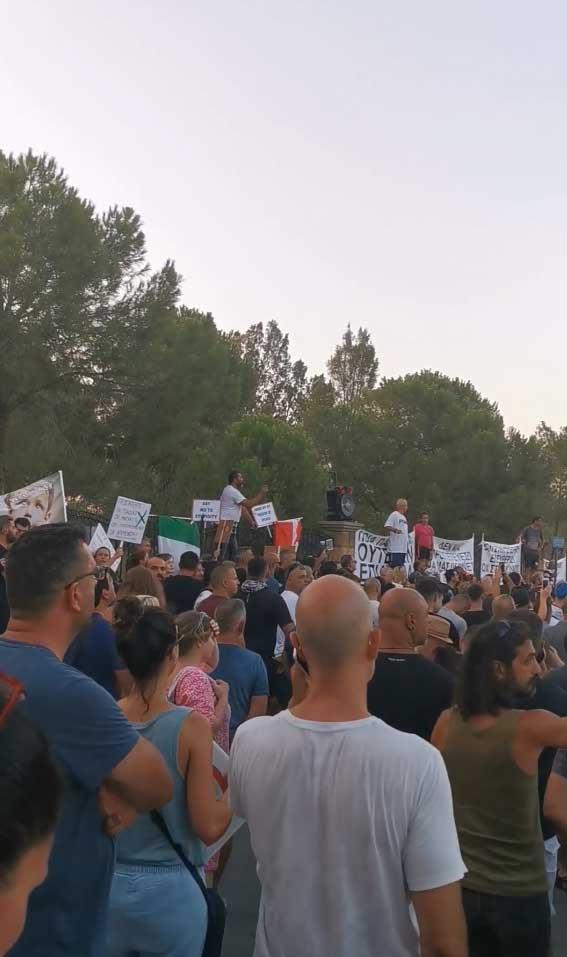 Police officials are meeting possibly tomorrow to coordinate and decide on possible action following the mass violation of Covid restrictions at a protest of hundreds of people outside the Presidential Palace, during which they argued that Covid measures were violating their human rights.

According to CNA sources, Justice and Public Order minister Emily Yioliti will also be taking part in the high level meeting, with the main goal being how to proceed with the people who attended the protest and were in violation of the social distancing measures.

Police spokesman Christos Andreou said that the right and fairest process was needed in order to deal with the situation, without excluding an opinion from the Attorney General’s Office.

Andreou noted that the second issue on the agenda would be deterrence, that is ways of taking measures to prevent such mass events at a time when Covid restrictions are in place.

He noted that police could not have arrested or charged anyone during yesterday’s anti-covid measures protest, due to the number of people attending and conditions at the time that would cause much greater problems.

‘Police made a decision not to intervene based on public interest and security’ Andreou stressed.

By Constantinos Tsintas
Previous articleHeat climax to persist tomorrow with another 43 predicted
Next articleOver 200 tonnes of food collected for Lebanon, government appeal for more