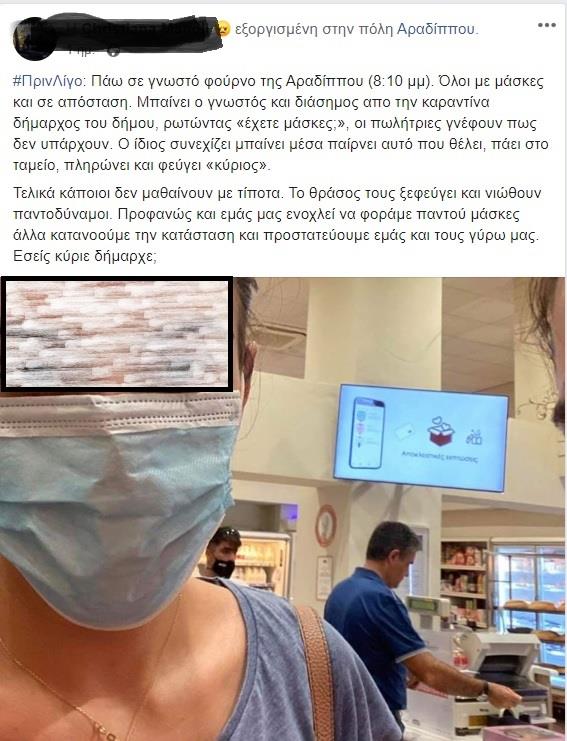 Police will be filing a case against Aradippou mayor Evangelos Evangelidis in the coming days, for violating Covid-19 prevention directives.

As spokesman Christos Andreou told CNA, a citizen sent the force a photo, which he also uploaded on social media, showing the Aradippou mayor standing at a bakery till without wearing a protective mask.

Officers from the Aradippou station visited the mayor who gave his reasons, currently under investigation.

Contacted by CNA, mayor Evangelidis did not wish to comment.