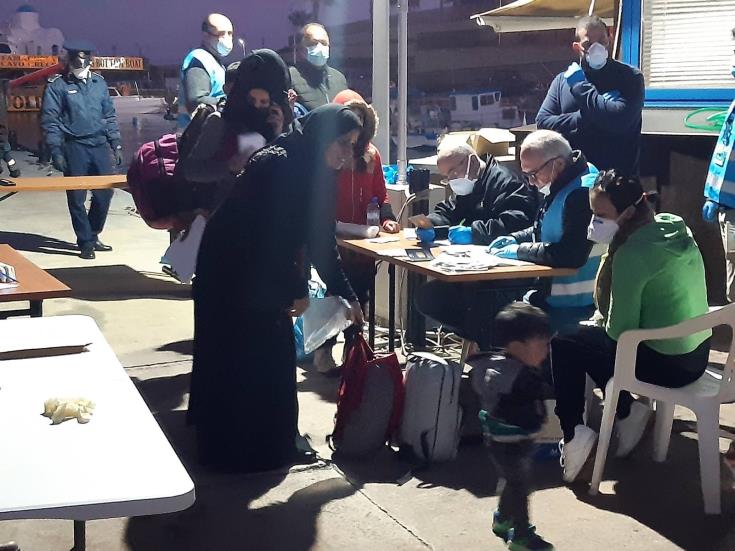 Police have a duty to protect the external borders of the Republic of Cyprus and prevent illegal immigration, Director of Operations of the Immigration Office at Police Headquarters, Petros Zeniou has said.

In statements to the Cyprus News Agency, Zeniou said that there was no information of boats in the area carrying migrants, however a large number of migrants or refugees are in Turkey on standby to travel to EU countries, and especially Cyprus, as soon as the necessary funds are obtained.

“Due to the conflict between Turkey and Syria, especially at their border, refugees or migrants in large numbers are making heightened efforts to leave Turkey. The measures taken at the Turkish-Greek border affect Cyprus to some extent, since the immigrants that will have trouble crossing into Greece will seek other solutions, shifting the problem to other EU member states,” Zeniou said.

Replying to questions, Zeniou said the 101 immigrants that arrived in Paralimni on Tuesday are from Syria. Previously, he said, most of those arriving were men and “it is natural that at some point their wives and children, even their parents, would follow, so we are taking all necessary measures.”

Zeniou explained that “at first we offer every possible assistance, since they are refugees and vulnerable groups of people, but at the same time we have every obligation to take all necessary measures to protect the external borders of the Republic of Cyprus, and prevent illegal immigration.”

Asked about the 22-year-old who was arrested as the suspected trafficker of migrants, Zeniou said that “it is the person who sailed the vessel from Mersin to Cyprus, but he is certainly not the main trafficker, as they are in Turkey and are gathering refugees or migrants, putting them in boats and sending them to Cyprus.”

“In order to avoid arrest, the traffickers pick a person who knows how to sail a boat from Turkey and in return let that person travel free of charge. However, the person who will sail the boat does not cease to be a trafficker,” Zeniou explained.

Asked about the role of Frontex in Tuesday’s operation, Zeniou said that, in the context of efforts to combat illegal immigration, the Cyprus Police coordinate an operation with the participation of experts from Frontex and Europol. He added that the immigrants are interviewed and their travel documents checked under the coordination of Frontex.

“The aim is to determine the routes or other actions the traffickers take, so that, as an EU member state, we can take all necessary measures to prevent or address the phenomenon of illegal immigration. The issue also concerns economic migrants, whose numbers are increasing constantly. As a result, the Republic of Cyprus takes all necessary measures to repatriate them,” he said.

Replying to questions, Zeniou said that “members of the trafficking circuits could be among the migrants, as could persons who had been involved in battles in Syria or had participated in any way in organised crime or terrorist activities.”

“We are obliged to investigate all these people arriving in Cyprus, because many of them may not be refugees,” he added.