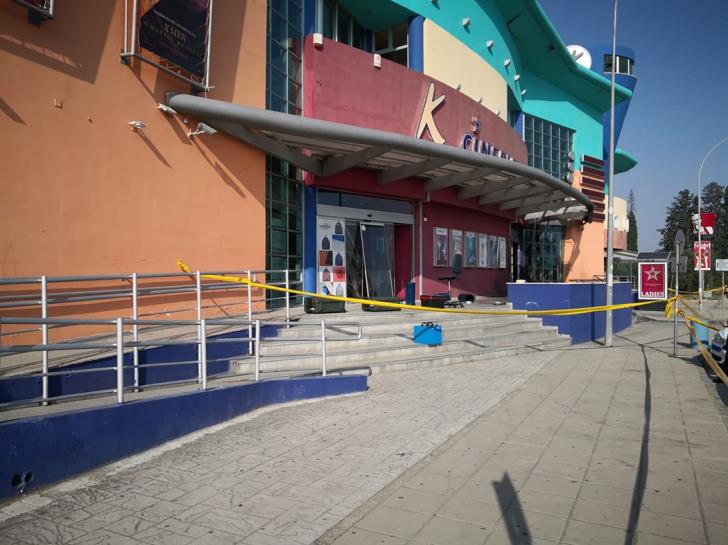 Police said that the explosion that took place at K Cineplex Strovolos on Wednesday morning was caused by an explosive device and inflammable material.

They said that the collected evidence from the scene and will be continuing investigations.

Authorities were called to respond to a fire at the cinema around 4:40 am on Wednesday morning.

Initial estimations pointed to a short-circuit due to a renovation that was taking place in the cinema. The explosion and the fire that followed caused damage to the building’s facade and the main entrance.

K Cineplex said that it will reopen for the public this afternoon.

“At this time we are doing everything possible to operate the cinema routinely at 17:00 p.m. this afternoon and offer our customers the best service and cinema experience,” it said in an announcement.

By In Cyprus
Previous articleMan sentenced to four months in jail for assaulting woman
Next articleFlyovers in Nicosia FIR to increase by 28.7% in next five years