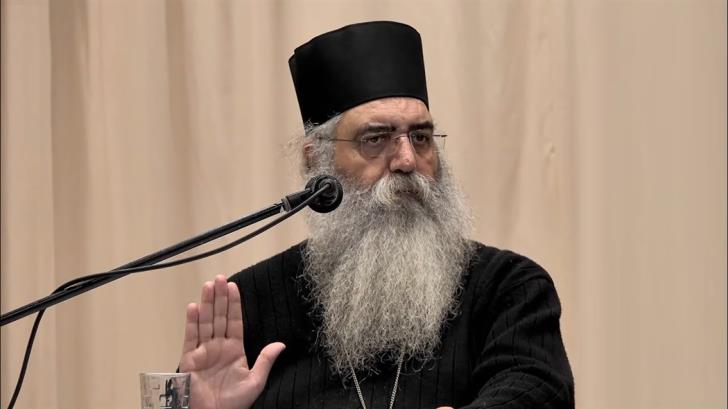 Police are now investigating whether controversial Morphou Bishop Neophytos has violated both pandemic prevention decrees as well as the state’s criminal code, Philenews reported on Saturday.

The provocative Bishop held an Epiphany service on Wednesday, openly defying government coronavirus restrictions that banned public gatherings including religious ceremonies on one of the most important days of the Orthodox calendar.

The decision to extend investigations was taken on Friday after consultations between Attorney General George Savvides and Chief of Police Stelios Papatheodorou.

Savvides had requested a briefing on the Epiphany Day incidents in mountainous Evrychou where police had booked nine churchgoers and the verger of the Ayia Marina church.

The faithful had flocked the church to participate in the Epiphany service held by the Morphou Bishop who also carried out a crucifixion tossing ceremony in the area’s Karkotis river.

The service and ceremony that followed had attracted dozens of curchgoers, most of them not even wearing mandatory protective masks. A ruckus had also been raised between members of police and churchgoers.

Bishop Neophytos has since the outbreak of the pandemic caused headaches to authorities by outspokenly refusing to comply with government restrictions. Public outcry has forced authorities to look into the matter.