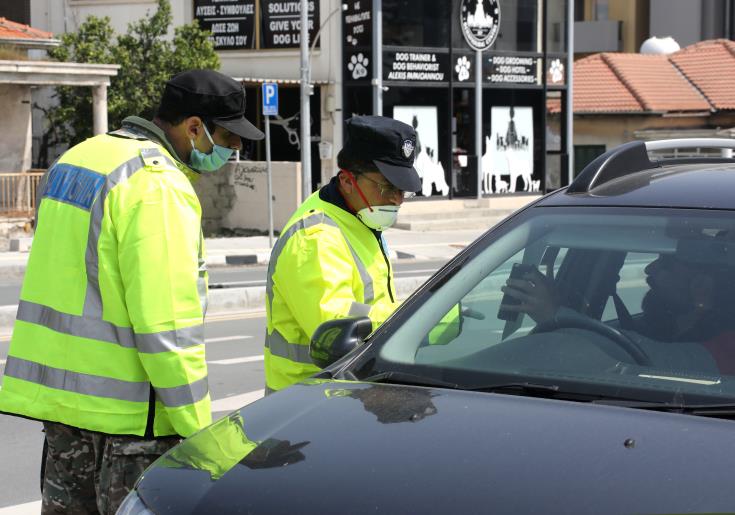 Police fined 173 individuals and five establishments all across Cyprus over the past 24 hours for breach of measures aiming to curb the spread of the coronavirus.

The Force had carried out a total of 12.197 inspetions, according to the Cyprus News Agency.

In Nicosia, 3,191 inspections led to 15 citizens getting fines while in Limassol 91 citizens and two establishments were booked after 2,318 checks.

In Larnaca, a total of 1,487 checks led to 27 citizens getting a fine, while 1,552 inspections in Paphos led to 21 citizens and three establishment getting booked.

In Famagusta, police carried out 1,299 inspections and fined six individuals, while in Morphou six citizens were fined after 1,355 inspections.

Moreover, Port and Marine police carried out 91 inspections and booked no one.

By Annie Charalambous
Previous articleUpdated list of countries where regular postal services are provided
Next articleEU’s Michel: Turkey must stick to its “moderate behaviour”