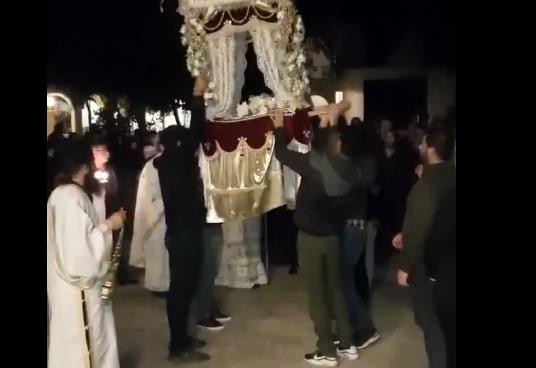 Police are investigating two church services with the participation of dozens of faithful on Friday and Saturday.

Both ceremonies were held at the Old Calendarist Church of the Transfiguration in Avdillero.

Police spokesman Christos Andreou  said police have videos which show a number of people ignoring the lockdown decree which specifically prohibits members of the public from going to church.

He said some of the of members of the congrgation have been tracked down and fines will be issued.

Ten people had been fined for attending a church service at the same church on Good Thursday.

Meanwhile, Justice Minister Yiorgos Savvides told CyBC on Tuesday morning that police investigations into the Saturday morning church service attended by the mayor of  Aradippou at  the Church of Apostolos Loukas were still continuing.

Mayor Evangelos Evangelides was fined 300 euro for attending and taking Holy Communion — in a service that was being live streamed so that people would stay home. He has apologised.