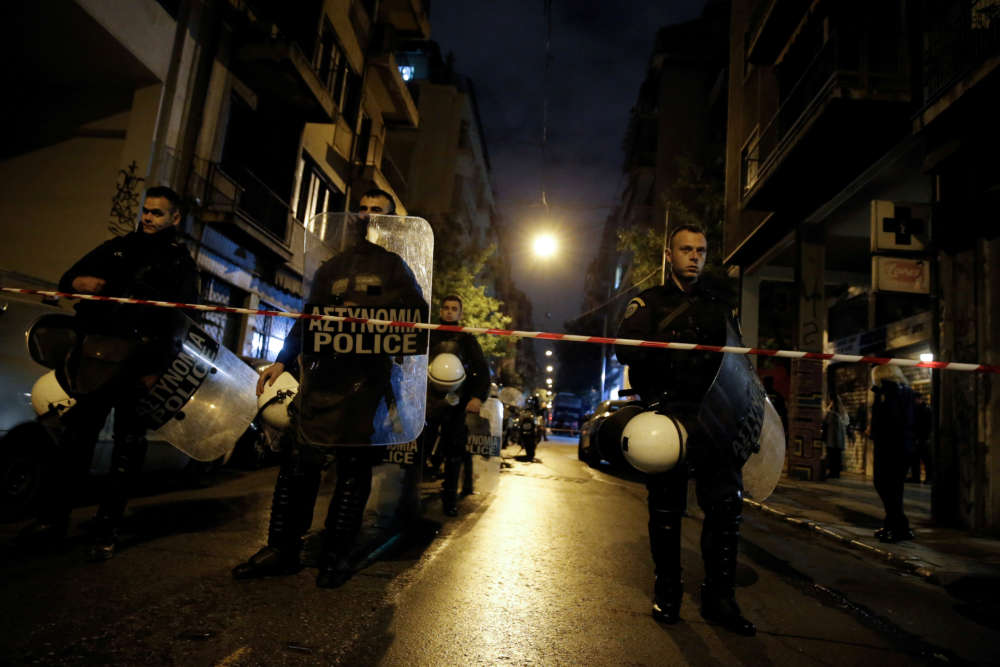 Greek police have found a Kalashnikov rifle used in a string of political attacks in Athens from 2014-17 – assaults claimed at the time by an urban guerrilla group.

The weapon was found during raids on 13 premises in the Athens area which started on Friday, police said.

Three people were being questioned and a number of explosives, detonators and other weapons were found during the raids, the force added in a statement.

Police said ballistics tests on the rifle found it had been used in attacks on the Athens offices of the PASOK party in 2014, shots fired at the Mexican embassy in 2016 and two other attacks against police guarding PASOK offices in 2017.

Socialist PASOK was one of the dominant political parties in Greece from the 1980S.

Responsibility for those incidents was claimed by the Revolutionary Self-defence Group. In November 2016, it also claimed responsibility for a grenade attack on the French embassy in Athens, which injured a guard.

In a proclamation at the time, the group said it was protesting against France’s foreign policy and its treatment of refugees.

Attacks, normally small in scale on businesses, police, politicians and embassies are frequent in Greece, which has a long history of political violence.

Greek Prime Minister Kyriakos Mitsotakis, who made public safety a rallying cry in national elections this year, congratulated authorities for their ‘great success’.

“I want to reiterate my commitment for the problem of domestic Greek terrorism to end, once and for all,” he said in a written statement. (Reuters)