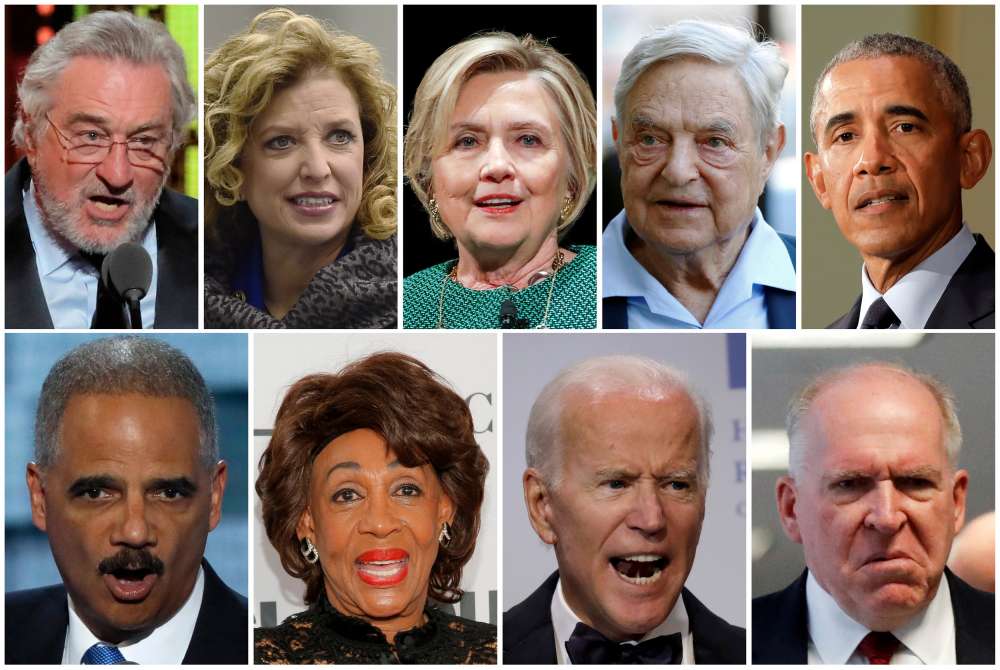 Authorities found two more suspicious packages on Friday addressed to U.S. Senator Cory Booker and James Clapper, the former U.S. director of national intelligence amid a manhunt for the person who sent bombs to prominent Democrats and critics of U.S. President Donald Trump.

The 11th package was found at a mail sorting facility in Opa-Locka, near Miami, and was addressed to Booker, the Democratic senator from New Jersey, the FBI said on Twitter. A 12th package was addressed to James Clapper, the former director of national intelligence, and sent to CNN, the cable network reported.

U.S. Homeland Security Secretary Kirstjen Nielsen said that Florida appeared to be the starting point for at least some of the bomb shipments.

“Some of the packages went through the mail. They originated, some of them, from Florida,” she said during an interview with Fox News Channel on Thursday. “I am confident that this person or people will be brought to justice.”

Authorities called the parcel bombs an act of terrorism. They were sent less than two weeks before national elections that could alter the balance of power in Washington.

No one has claimed responsibility for the bombs, and the public was asked to report any tips.

Authorities believe the packages, which were intercepted before reaching their intended recipients, all went through the U.S. Postal Service at some point, a source said. None detonated and no one has been hurt.

The devices were thought to have been fashioned from bomb-making designs widely available on the internet, a federal law enforcement source told Reuters.

Still, investigators are treating the devices as “live” explosives, not a hoax, said James O’Neill, the New York City police commissioner. Two of the parcels surfaced there.

“It does remain possible that further packages have been or could be mailed,” William Sweeney, assistant director of the FBI, told a news conference in New York.

Investigators have declined to say whether the devices were built to be functional. Bomb experts and security analysts say that based on their rudimentary construction it appeared they were more likely designed to sow fear rather than to kill.

The parcels each consisted of a manila envelope with a bubble-wrap interior containing “potentially destructive devices,” the FBI said. Each was affixed with a computer-printed address label and six U.S. “Forever” postage stamps, the agency said.

Brennan’s package was sent in care of the New York bureau of CNN, where he has appeared as an on-air analyst.

The episode sparked an outcry from Trump’s critics, who charged that his inflammatory rhetoric against Democrats and the press has created a climate for politically motivated violence.

After first calling for “unity” and civil discourse on Wednesday, Trump lashed out again Thursday at the “hateful” media. His supporters accused Democrats of unfairly suggesting the president was to blame for the bomb scare.

“Funny how lowly rated CNN, and others, can criticise me at will, even blaming me for the current spate of Bombs and ridiculously comparing this to September 11th and the Oklahoma City bombing, yet when I criticise them they go wild and scream, “it’s just not Presidential!” Trump said on Twitter at about 3:15 a.m. EST (0715 GMT) on Friday.