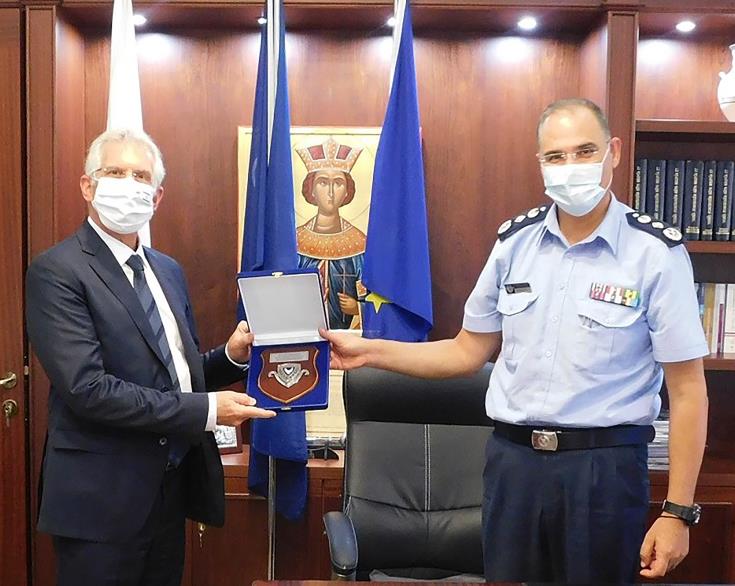 The strengthening of cooperation between Cyprus and Israel and their Police Organisations in the field of members’ training was discussed in a meeting between Police Chief Stelios Papatheodorou and Israel’s Ambassador Shmuel Revel on Thursday.

A police statement said that various issues of mutual interest in the fields of security and policing, as well as migration were also discussed.

Papatheodorou and Revel referred to the historically friendly relations between Cyprus and Israel and the Ambassador of Israel thanked the Chief of Police for the excellent cooperation with Cyprus’ Police in matters concerning the security of the Embassy in Cyprus.

They both confirmed their determination to continue and further strengthen the bilateral cooperation.