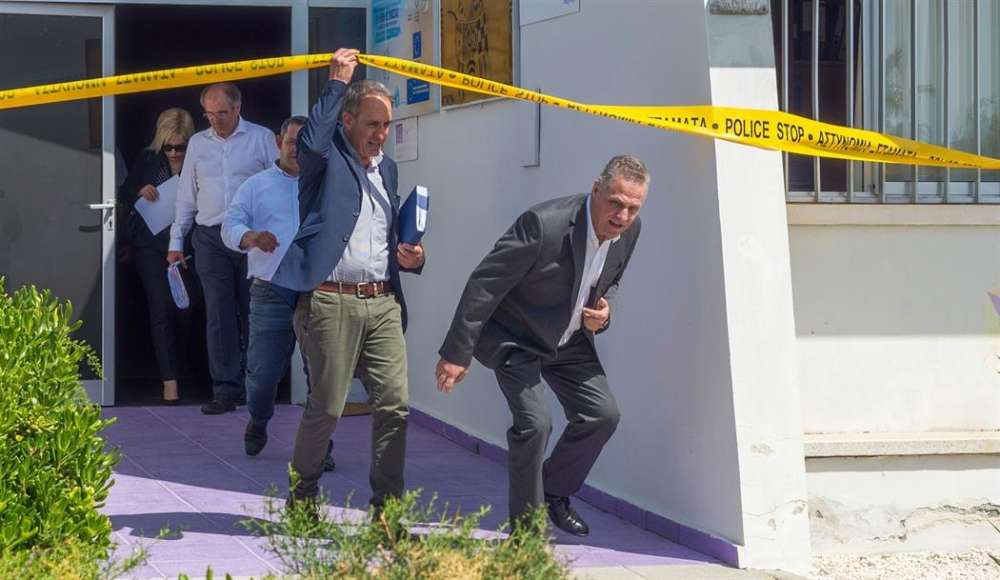 Police were called to a school in Limassol, where a a teacher was filmed physically assaulting a pupil, after a man attacked the principal, OELMEK vice president Pantelis Nicolaides said.

According to Nicolaides, the man was the father of the pupil who filmed the incident and went to the school to complain about the fact that his daughter was punished for recording it.

Nicolaides says that tensions rose and the school called the police.

Fire in classroom on Thursday morning

Unknown individuals broke down the door of the classroom where the alleged beating took place, and set it on fire during the early morning hours of Thursday, philenews reports.

It said that the fire service were called to the scene.

Education Minister Costas Hampiaouris visited the school this morning and participated in a meeting with the school’s staff, police, organised parents, teachers’ unions and the school board.

He said that measures will be taken to combat delinquency and violence in schools.

Champiaouris has ordered a disciplinary probe into the alleged slapping of a pupil by a teacher.

Footage obtained by CyBC shows the teacher physically assaulting and slapping a female pupil in a classroom.

According to philenews, the parents’ association of the schools contacted authorities before to report violence in the school in question.

Alpha TV published a letter penned by the teachers of the school that showed that the teachers were informing the Ministry about delinquent behaviour in the school since April.

They reported thefts, smoking, firecrackers, fires and disturbances in the classrooms by pupils.