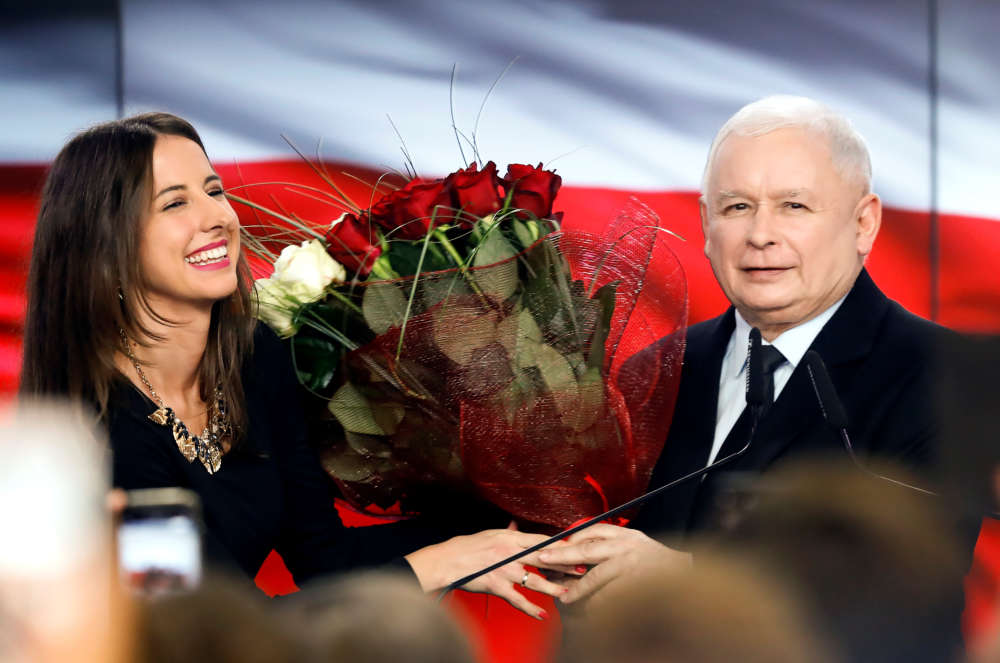 Poland’s ruling Law and Justice (PiS) party won a majority in Sunday’s parliamentary election, securing a second four-year term to continue reforms that have put it on a collision course with Brussels.

PiS secured 45.2% of votes, according to results from 83% of constituencies published by the electoral committee on Monday. The biggest opposition grouping Civic Coalition (KO), which comprises centrist and liberal parties, came second with 26.1%.

The win for PiS is likely to stoke concern about democratic standards in the largest former communist state of European Union, where the government has been accused of politicising the judiciary, turning state media into a mouthpiece and polarising society.

A second term for PiS could also bolster anti-immigration populists in the EU are who keen to scale back the bloc’s liberal agenda.

The party cast the election as a choice between a society rooted in traditional Catholic values and a liberal order that promotes a chosen few and undermines family life.

“We saved Poland. … It is time to complete decommunisation. It is time to stop the LGBT dictate!,” Deputy Digitalisation Minister Andrzej Andruszkiewicz seen as close to far-right politicians wrote in a tweet.

The leftist alliance, The Left, got 12.1%, while the bloc of agrarian PSL and anti-system Kukiz’15 was at 8.8%. The far-right Confederation has probably also passed the threshold and managed to get into parliament, scoring 6.7% based on partial results.

“The most important thing is that we achieved our aim – from the very beginning our plan was to get the majority,” Deputy Prime Minister Jacek Sasin told private broadcaster TVN24 on Monday.

According to Reuters calculations, PiS won 238 out of 460 seats in lower house, the Sejm, although this result is subject to change depending on the performance of other parties.

Poland’s euro-denominated government bonds rallied on Monday after the results came out. The zloty started Monday trade at 4.3056 to euro, almost unchanged since late Sunday. Warsaw stock exchange started the day with a 0.4% slide.