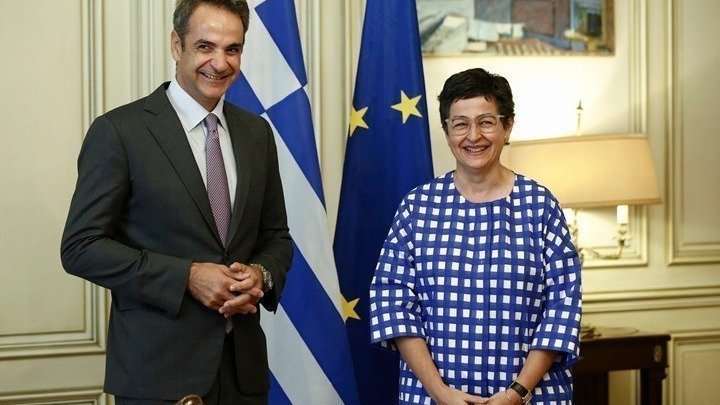 According to government sources the meeting focused on the situation in the Eastern Mediterranean.

After presenting the Greek positions Mitsotakis pointed out the delinquent behaviour of Turkey.

The conversion of Ayia Sophia into a mosque was also discussed and all are actions that have been condemned by the European Union.

The prime minister and Spanish foreign minister reaffirmed the excellent level of bilateral relations and agreed on the need to deepen and expand trade and economic relations.

Particular emphasis was placed on investment.

The two countries’ cooperation on issues of European policy and common interest was also discussed.

A special talk was held on the need for cooperation between the two sides in order to exchange ideas for the better and faster utilisation of the resources of the Recovery Fund that was decided at the recent European Council.

By In Cyprus
Previous articleTesting of 10,000 workers reactivated during the 2nd and 3rd phases continues
Next articleVulnerable international protection applicants relocated to Finland