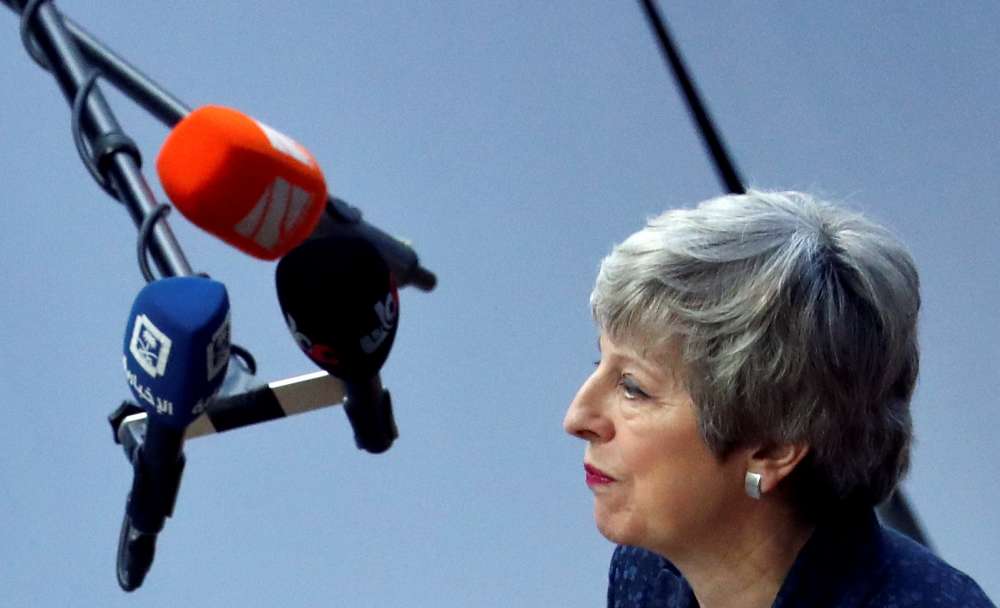 If British Prime Minister Theresa May hoped a televised address late on Wednesday would help persuade wavering lawmakers to support her Brexit deal, it appears to have backfired, instead alienating the very people she needs to win over.

On Thursday, lawmakers lined up to attack the statement in which May blamed parliament for the need to seek a delay to Britain’s March 29 European Union exit. They branded it dangerous, reckless, toxic and irresponsible.

May’s Brexit deal has twice been crushed by parliament, first in January in the largest government defeat in modern history and again this month by a smaller, yet still sizeable, margin. She needs to win over at least 75 lawmakers to get it through.

“The Prime Minister’s statement was disgraceful,” said opposition Labour lawmaker Lisa Nandy, who represents a Brexit-supporting area. “Pitting parliament against the people in the current environment is dangerous and reckless,” she added on Twitter. “She’s attacking the MPs (Members of Parliament) whose votes she needs. It will have cost her support.”

Nandy had put forward a proposal which backed May’s deal on the condition parliament has a greater say in the next phase of Brexit talks, but told ITV: “I will not support a government that takes such a dangerous, reckless approach to democracy.”

After writing to the EU on Wednesday to request a three-month delay to Brexit, May told Britons parliament had done “everything possible to avoid making a choice”.

“You want this stage of the Brexit process to be over and done with. I agree. I am on your side. It is now time for MPs to decide.”

May’s statement succeeded in uniting both pro-Brexit and pro-EU lawmakers – against her.

“If you are trying to persuade numbers of MPs to back a proposition, you don’t do that by insulting them,” pro-Brexit Conservative lawmaker Mark Francois told Sky News.

Conservative Sam Gyimah, who quit as a government minister over the Brexit deal and now supports a second referendum, said May resorting to a “blame game” was “all part of her strategy to run down the clock and rule out other options. Toxic.”

“DIAL DOWN THE HATE”

Several lawmakers said they had received death threats in recent weeks as Brexit has come to a head in parliament, and warned May’s comments had fuelled the flames.

“Last week I received a message saying that my head should be chopped off,” said Labour lawmaker Paula Sherriff, who represents an electoral district neighbouring one where Labour lawmaker Jo Cox was killed by a man obsessed with extreme right-wing ideology a week before the 2016 Brexit vote.

Fellow Labour lawmaker Wes Streeting said May’s speech had been incendiary, warning on Twitter “If any harm comes to any of us, she will have to accept her share of responsibility.”

Asked about the suggestion May’s speech had put lawmakers at risk, her spokeswoman said: “I would flatly reject that.”

“It was a message to the public on a significant decision she has taken,” she said.

In response to the concerns, parliament’s Speaker, John Bercow, told lawmakers: “None of you is a traitor, all of you are doing your best … I believe passionately in the institution of parliament, in the rights of members of this House and in their commitment to their duty.”

“The sole duty of every member of parliament is to do what he or she thinks is right.”