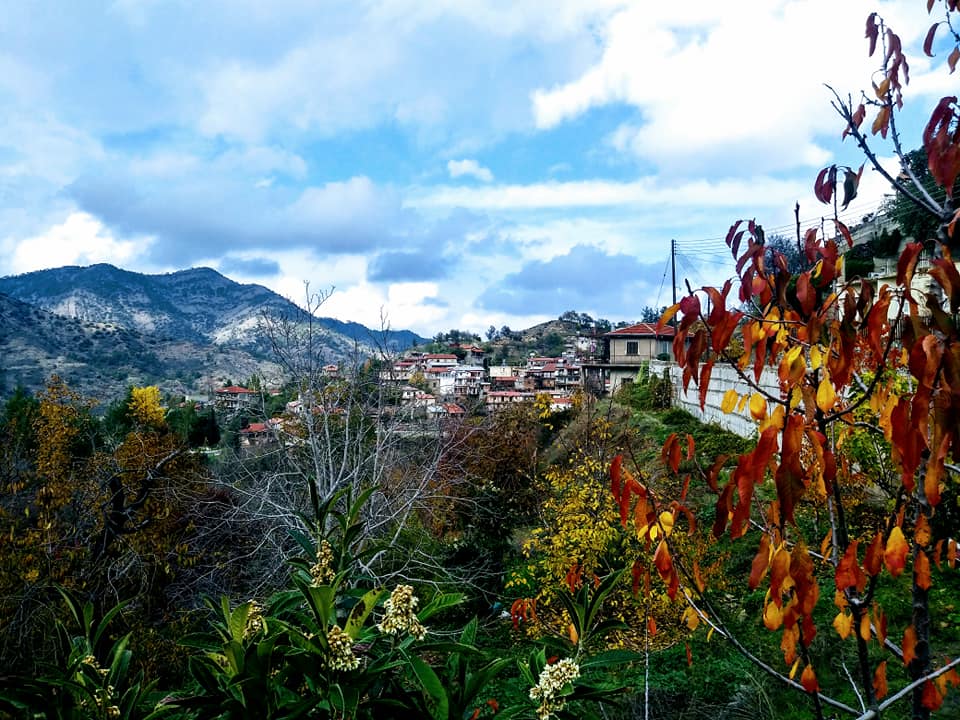 The small beautiful village of Pitsilia with the long lasting history and the incomparable beautiful monuments.

Platanistasa is a pure Greek village of the province of Nicosia found in the heart of the rough ground of Pitsilia region, in the northern side of Troodos. If you follow the street of Nicosia-Peristerona-Orounta-Kato Moni- “Gefyri tis Panagias” the distance of the village from Nicosia is about 58 kilometers. If you take the street of Nicosia – Anthoupoli – Agrokipia – “Gefyri tis Panagias” the distance from Nicosia to the village of Platanistasa is only 40 kilometers.

The village of Platanistasa is built at an average altitude of 940 meters. The landscape where the village is found consists of rough mountains with narrow deep valleys and abrupt mountaintops that their height exceeds the 1000 meters. The river of Peristerona, Serrachis, dismembers the entire landscape.

Archaeological discoveries and remnants, (pre-Christian graves in the region of the Municipal School and the altar at an elevated location above the cafes at the center of the village), testify how deep are the roots of this village. Homeric authentic words like “nostos”, “linos”, “domi”, “doma”, “ornitha”, “aiga”, “rifi”, “rous” are used daily up to today by the residents of the village testifying the Greek character of this village many years ago.

Remnants of devastated settlements in the regions “Peratides-Dipotamia”, “Vrysi tis Zintilas”, “Aspri”, “Marathos” and elsewhere, testify the unceasing habitation of the region of the community.

Names like “Louvaras “(water place),” Vikla”(Observatory),” Klados tou Rousia”(from the Franc noble Bernard De Riosser, famous admiral of Carlotta, named by the Cypriots as” Nte Rousia”) and “Vasilias” in the middle of village, prove the life of village during the Franks dynasty in our island. According to the medieval chronicler Georgio Voustronio the village of Platanistasa was granted together with other villages in January 1474 to Georgios Kontarinis, Count of Giafas, that was a relative of the Queen of Cyprus, Aikaterini Kornaro.

In old maps the village of Platanistasa is marked as “Platanista” or “Piatanista”. 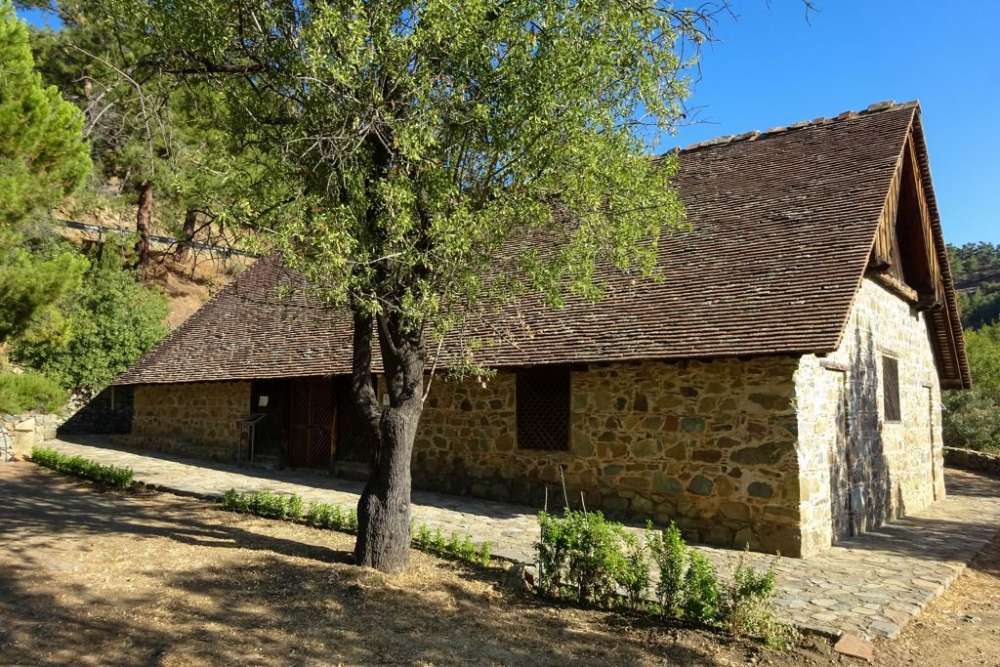 In the village centre, the so called ‘Mesa Horio’at the height ,there is the big church of the Platanistasa Community dedicated to the Commander – in-chief of the celestial powers Archangel Michael and more specifically, at the ‘εν χωναις’ miracle of the Archangel Michael which our church celebrates on the 6th of September .This church ,a built of the 19th century situated in the place where another smaller church existed, full painted by hagiographies of the 15th century and which was demolished by our ancestors ,without knowing its value, has wooden roof and was redecorated and has its today’s shape in 1916.

In its yard, there was the village cemetery until 1941 where the today’s cemetery was built and the bones of the people, who were buried, were transferred in the yard of the Archangel Michael church. The visitor can admire the marvelous temple of this church and the excellent portable pictures which most of them are dated in the year 1883.

Church of Saint John the Theologian

In the Northern area of the village, the so called ‘Laoude’on the right side of the street,there is the church of Saint John the Theologian which was built in the same place of the previous church too, which was redecorated in the 17th century and was used as the main church of the village ,until the church of Archangel Michael was redecorated and took its today form. This church is of wooden roof too and has been lately mended by the archeological Department and with the contribution of the blessed benefactor of the village: Kyprianou Kouppa who spent money for the construction of the village square too. In this church the visitor can admire its excellent iconostasis of the 17th century and its portable pictures.

Church of the Virgin Mary the Katafigiotissa

In the southern area of the village ,at the ‘Gounari’at the height of the place ‘Katofidi’ in an enchanting pine-clad resort a newer chapel is built in the name of Virgin Mary ‘katafigiotissas’.This chapel was built with much love from the residents of the village for the Christ’s mother the mother of all the religious people and hurt Christians during the hard years of the epic fight of EOKA in 1955 – 59 in the memory of

a deserted chapel with the same name which was further down, in the shadow of an eternal pistachio tree and which protected the Greek children of the village under its shelter during the years of the horrible Turkish mass kidnapping of children . A huge desire of the residents of Platanistasa is to have this chapel redecorated and the space around it to be beautified, to be a place of relaxation and praying for every visitor of the village and the residents.

The temple of the Holy Cross of Agiasmati is on the mountain range of Troodos ,about six kilometers north west of the village of Platanistasa in the hug of a small enchanting green valley.The temple is of monoclite type wooden roofed ‘Frankish Byzantine’temple with slopping roof and it is surrounded from a closed loft. Inside, the whole space is covered with murals .The west wall is also covered with murals and the space above the south entry of the temple.
The temple is a remainder of the monastery with the same name, as the epigraph that is on the inside of the temple above the south door, confesses. In addition to that, if someone digs in the area around the temple he will find ruins of buildings. On the north west of the temple there are ruins of a smaller temple, Timiou Prodromou.

The construction of the Museum was contributed by the Community Council and the Cultural Services of the Ministry of Education, as well as the Office of the Eparch of Lefkosia.

The Museum includes objects from the olive-oil press, as well as daily objects such as cooking utensils, a loom, agricultural tools and grape corves.

In Platanistasa, in the building where the Museum of Popular Tradition is housed today, there used to be a traditional olive-oil press. It would be interesting for one to get to know the daily routine of the old residents of Platanistasa through the history of the olive oil press. In particular, the museum presents the work done starting from the harvest of the olives until the production of the olive-oil.

One and a half kilometers on the north ,before the entrance of the village Platanistasa ,about a hundred meters before the double way that leads from the one way to Platanistasa –Alona and from the other way to the village Alithinou –Livadia –Polystipos ,there is a well – preserved watermill ,which for many years before other means of flour –Pourgouri production existed ,served the villagers’ needs of the area.