Plans for construction of median strip in Nicosia may be abandoned 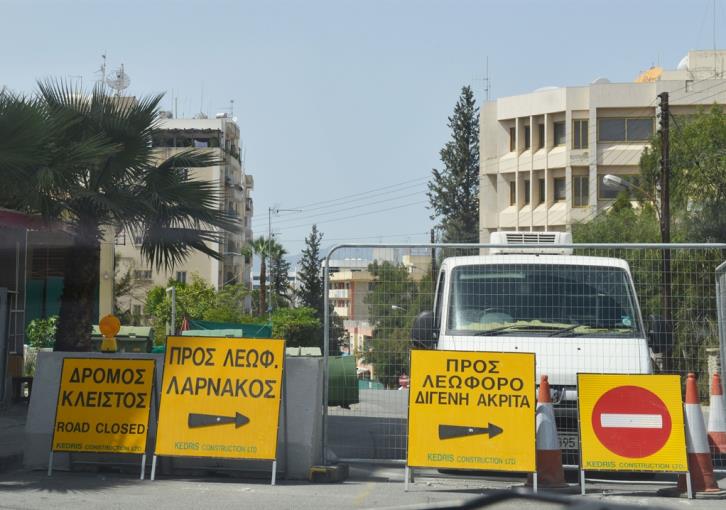 Entrepreneurs who will be affected by the construction of a median strip at Dighenis Akritas Avenue in Nicosia are coordinating in order to prevent its construction and are already pressuring authorities towards this goal.

The issue was to be discussed with the parliamentary committee for internal affairs yesterday but the meeting was postponed due to the fact that nobody from the municipality appeared at the parliament. Ms. Eleni Mavrou, the committee president, noted that not even the mayor showed up and that no one offerred any excuses for their absence. A municipality officer claimed that the reason for the collective absence was that the invitation arrived too late. The parliamentary committee announced that no decisions should be made by the municipal council without a discussion at the parliament and without hearing the opinions of all sides.

All drivers who pass from the Dighenis Akritas Avenue are aware of the fact that one of the lanes is usually taken over by parked vehicles. Some believe that, if no separating isle is built, when the reconstruction project on Callipoleos Avenue is completed, besides the increased risk of accidents, there will also be congestion from the drivers turning to the right (to Callipoleos). This congestion can only be limited with the construction of the median strip.

Those responsible for the Callipoleos reconstruction believe that their plans will be helped by the reconstruction of Makariou Avenue, which will also be turned into a one-way street serving those coming from Limassol Avenue.

The Cyprus Confederation of Professional Craftsmen and Shopkeepers made a number of requirements: these include the notification of shopkeepers at least a year before the construction process begin, the payment of rent for the period in which their stores will be affected, the suspension of the repayment of loans or other financial obligations, such as social insurance, payment of tax installments, etc. for a period commencing with the start of the works and ending one year after the completion of the works, the repayment of lost earnings for the period of construction (this can be calculated on the basis of the previous years as shown in the official accounts of each business). Finally, they request payment of a lump sum to each company for reactivation if the time span of the construction exceeds the duration of twelve months.

By In Cyprus
Previous articleBritish soldier dies in accident in the Akrotiri area
Next article4.2 Richter earthquake shakes Attica region