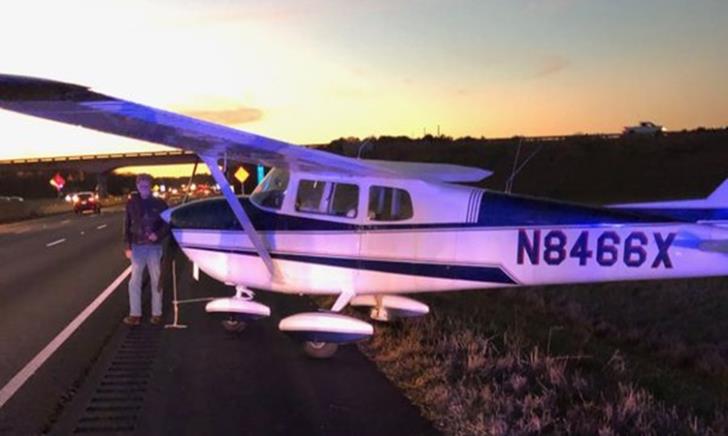 A small plane joined holiday travelers on an interstate in Alabama this weekend.

The pilot, Jim Williams, told the NBC that the engine failed. Williams is an experienced flight instructor and he had a student on board.

Williams said he was out of options and couldn’t make it to nearby Talladega Airport.

“On an interstate, you’re landing with the traffic rather than against the traffic,” Williams said. “[It’s] probably everything I had taught students for the last 36 years in picking out a place for an emergency landing. Everything seemed to work out good.”

No one got hurt.

This small Cessna landed on a crowded I-20 W in Christmas traffic. He barely missed a few cars and landed perfectly. The two men inside said it was a student pilot’s first flight and they had engine failure. They were remarkably calm. The student was the first to exit the plane. pic.twitter.com/Rg9zchqbEk