Plane crashes after takeoff in Kazakhstan, killing at least 15 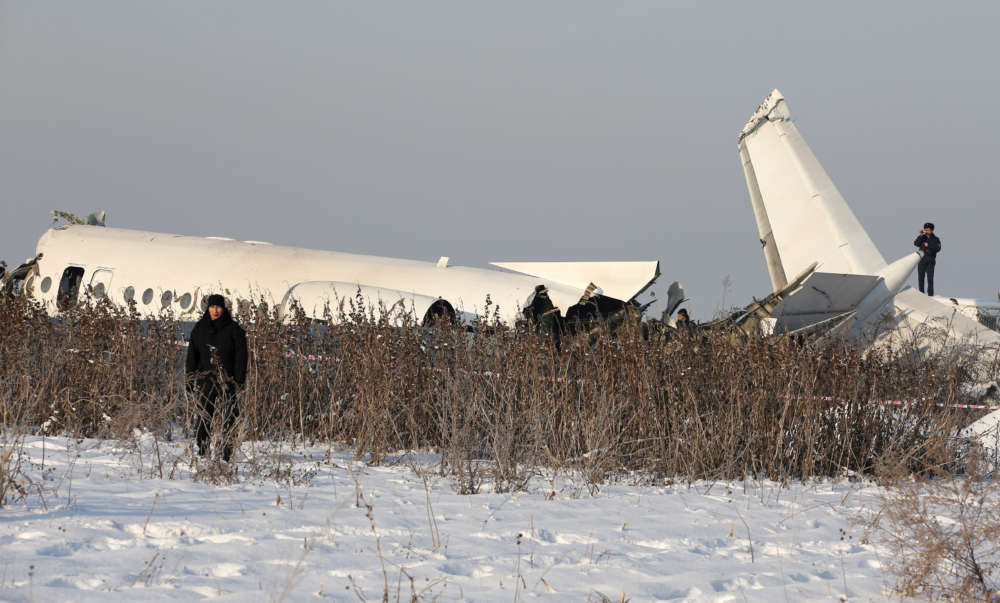 A passenger plane carrying nearly 100 people crashed near the city of Almaty in Kazakhstan on Friday after take off, slamming into a house in an accident that killed at least 15 people and injured dozens.

The Fokker 100 aircraft, operated by Bek Air, got into trouble shortly after departing from Almaty, the Central Asian country’s main financial centre, on a pre-dawn flight en route to the capital Nur-Sultan.

It lost altitude during takeoff and broke through a concrete fence before hitting the two-storey building, Kazakhstan‘s Civil Aviation Committee said. It was not immediately clear what caused the crash.

A Reuters reporter saw the battered remains of the front of the plane and other separate parts of the fuselage scattered around the wreckage of what was left of the house.

“The plane was flying at a tilt. Everything was like in a movie: screaming, shouting, people crying,” she said.

At least 15 people were killed and 66 were taken to hospital, some of them in a serious condition, authorities said. The plane had been carrying 93 passengers and five crew.

Kazakhstan‘s Interior Ministry said it was investigating a possible breach of flight operation and safety rules, a standard legal procedure. There was thick fog in the area at the time of the crash.

The country’s aviation committee said it was suspending all flights by carrier Bek Air and those of Fokker 100 aircraft pending the results of the investigation.

The plane involved in the crash was built in 1996, the government said, and its most recent flight certificate was issued in May 2019.

Another survivor, businessman Aslan Nazaraliyev, told the Vremya newspaper that the plane started shaking while gaining altitude about two minutes after takeoff.

“At some point we started falling, not vertically, but at an angle. It seemed like control over the plane had been lost,” he said.

Authorities cordoned off the crash site in the village of Almerek, just beyond the end of the runway.

The airport remained operational with other planes seen taking off after the crash.

“Those responsible will face tough punishment in accordance with the law,” Kazakh President Kassym-Jomart Tokayev tweeted, expressing condolences to the victims and their families.

Tokayev declared Dec. 28 a national day of mourning and appointed Prime Minister Askar Mamin to head a commission to investigate the crash.