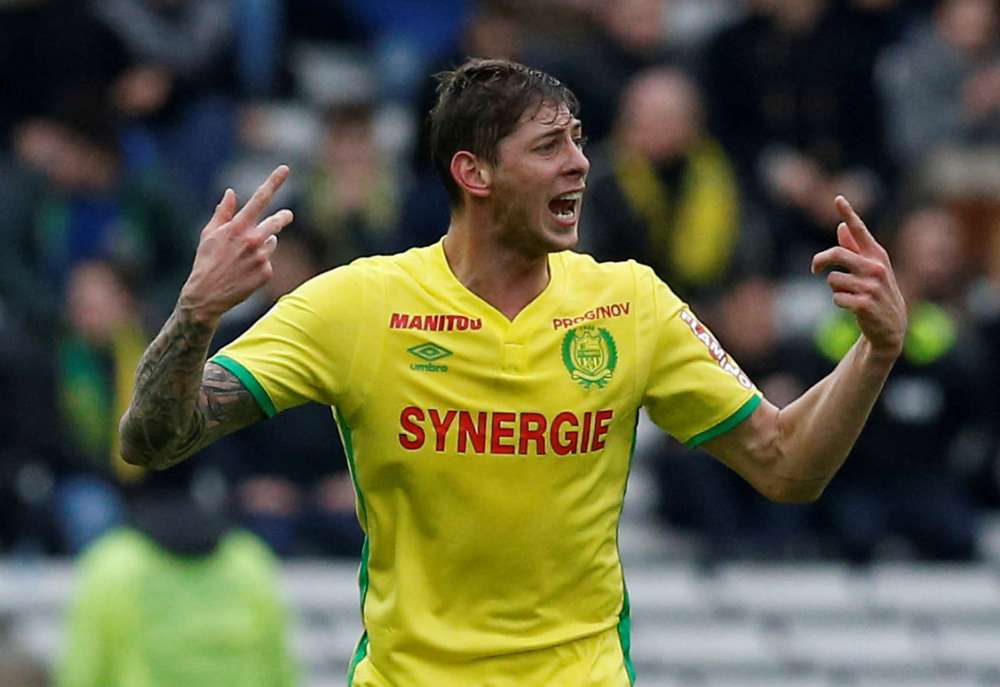 British and French coastguards scoured the seas off the island of Guernsey on Tuesday for the single-engine plane after it lost radar contact on its way from Nantes in western France to the Welsh capital.

The 28-year-old Argentine forward joined Premier League strugglers Cardiff City from FC Nantes last week for a club record fee of around 17 million euros ($19 million). He had played in France since 2012.

Local coastguards were alerted by air traffic control at 20:23 GMT that an aircraft with two people on board had gone missing. Lifeboats and helicopters were sent out but the search was suspended four hours later as weather conditions worsened.

“At this time no trace of the missing aircraft had been found,” Guernsey police said.

A statement from Cardiff City chairman Mehmet Dalman released on Tuesday morning read: “We are very concerned by the latest news that a light aircraft lost contact over the Channel last night.”

Sala had scored 12 league goals in 19 appearances for Nantes in France’s Ligue 1 this season before agreeing to join Cardiff.