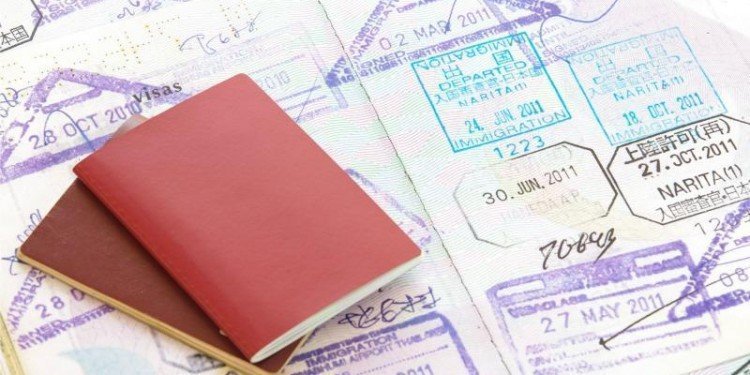 Admission and Transit Restrictions
Entry regulations apply only to the areas controlled by the Government of the Republic of Cyprus.

A passport is required by all travellers, except for holders of:
– Laissez-Passer issued by the United Nations.
– Document issued to stateless persons and recognised refugees.

Further to the above, citizens of the European Union (EU) countries, as well as of Switzerland, Iceland, Liechtenstein and Norway may enter Cyprus with their national identity card, provided there is a photograph.

The Government of the Republic of Cyprus refuses admission to:
Holders of ‘passports’ issued illegally by the secessionist entity, the so-called ‘Turkish Republic of Northern Cyprus’ (TRNC).

Visas
A list of countries requiring a Visa to enter Cyprus can be found on the webpage: www.mfa.gov.cy

Work Visas
For those intending to be employed in Cyprus, the issue of an employment permit by the Civil Archive and Migration Office is required, and thereby no visa is required in order to travel to Cyprus.

As a result of the Turkish military presence and occupation, the Government of the Republic of Cyprus is not in a position to exercise control over the occupied areas of the Republic. The so-called ‘TRNC’ has been condemned and declared as both illegal and invalid by the whole of the International Community through Security Council Resolutions 541/83 and 550/84. With the sole exception of Turkey, no state in the world or International Organisation recognises the secessionist entity.

Presently, it is possible for foreign tourists who visit the government-controlled area of the Republic of Cyprus, to cross to the occupied areas. It is prudent to note the following precautions:

– Staying in Greek Cypriot owned hotels in the occupied areas, which are being illegally exploited, would put you at great risk of possible legal action on the part of the owners.

– Any entry into the territory of the Republic of Cyprus via any other port or airport in the Turkish-occupied areas of Cyprus is illegal, and travellers doing so may face legal consequences. Therefore you are urged to travel via the recognised ports of entry (Larnaka and Pafos International Airports / seaports of Lemesos (Limassol), Larnaka (Larnaca), Pafos (Paphos) and Latsi).

– Detailed information concerning Foreign Diplomatic Missions of other countries in Cyprus can be obtained by visiting the webpage: www.mfa.gov.cy

Travelling With a Pet
If you are coming from an EU Member State, you are allowed to bring your pets to Cyprus, provided they possess either a passport or an Animal Health Certificate.

For travellers with pets coming from a non-EU country, you will also need a Vaccination Certificate (especially showing vaccination against rabies).

The following breeds of dog are not allowed into the Republic of Cyprus regardless of their country of origin:
– American Pitbull Terrier; Pitbull Terrier
– Japanese Tosa; Tosa Inu
– Dogo Argentino; Argentinian Mastiff
– Fila Brasileiro; Brazilian Mastiff

Please also note the following:
– Animals should be transported in cages made in accordance to IATA specifications.
– Animals and their accompanying documents are inspected on arrival by the Veterinary Officer or by the duty Customs Officer acting on behalf of the Veterinary Services.
– Animals that fulfil the relevant veterinary provisions will be allowed to enter without being subject to quarantine.
– The Veterinary Officer in charge decides on the basis of the relevant veterinary provisions whether the animal will be quarantined or not.
– The date, time of arrival and flight number of the aircraft or the name of the vessel with which the animal is due to arrive in Cyprus must be communicated to the District Veterinary Officer at the point of entry, 48 hours prior to arrival.

For more detailed information regarding traveling to Cyprus with a pet, visit the webpage: www.moa.gov.cy

Within the European Union (EU)
There are no limits on what you can buy and take with you when you travel between EU countries, as long as it is for personal use and not for resale.

VAT and duty are included in the price you pay and, since these vary from country to country, you may want to take advantage of some attractive price differences.

Shops at airports and on ships may also provide some bargains, although duty-free shopping no longer exists when travelling within the EU.

If you carry large quantities of tobacco or alcoholic products – and particularly where such quantities exceed the quantitative limits set as above – you may be asked to answer to questions regarding:
– Your commercial status and the reasons for holding such goods
– The place where the goods are located
– Any documents relating to these goods
– The nature and quantity of goods
– The frequency of your travel

Please note: Travellers under the age of 17 are not granted relief on tobacco products and alcohol and alcoholic beverages.

Outside the EU
If you are coming into the EU from a non-EU country, you can bring with you goods free of VAT import duties and excise duties for personal use within the limits set out below. The same applies if you come from the Canary Islands, the Channel Islands, Gibraltar or other territories where VAT and EU excise provisions do not apply.

Tobacco products
200 cigarettes or 100 cigarillos or 50 cigars or 250 grams of smoking tobacco.

Alcoholic drinks
– 1 litre of spirits over 22% vol. or ethyl alcohol of 80% vol. and 2 litres of fortified wine or sparkling wine, 4 litres of still wine
– 16 litres of beer

The exemption may be applied to any combination of tobacco products, or to the types of alcoholic drinks provided that the total aggregate of percentages used up from the individual allowances does not exceed 100%.

Please note: For travellers under the age of 17, relief on Tobacco and Alcoholic Products is not granted.

Other goods
For goods of any other description, relief is granted to the total amount of €430. However for travellers under 15 years old, relief is €175.

Narcotics
According to Cypriot Law, the Importation, Possession and Use of Narcotic Drugs and Psychotropic Substances, is strictly prohibited.

Agricultural Restrictions
The Ministry of Agriculture, Natural Resources and Environment wishes to inform all travellers that, in order to protect the agriculture of the country from the danger of the introduction of new pests and diseases, the importation of agricultural products or propagating stock – such as fruit, vegetables, cut-flowers, dry nuts, seeds, bulbs, bulb-wood sticks, cuttings, wood and other wood products, etc. – without the approval of the competent authorities, is prohibited.  According to the Diseases of Plants (Prevention) Law and the Importation of Produce (Control) Orders, the transportation of agricultural products or propagating stock from abroad is prohibited unless a relevant licence has been previously issued by the Director of the Department of Agriculture.

Upon their arrival in Cyprus, such products should be declared at the Customs Offices, whereupon they will be kept for phytosanitary inspection by Authorised Agricultural Officers.

Any person contravening the Law and the Orders made under it, is liable, in case he is found guilty, to a fine and / or imprisonment.

Import Restrictions
There is also a number of other articles of which the importation is prohibited or restricted for different reasons such as:

– Firearms and weapons other than firearms, such as military explosive devices and projectile launchers, automatic firearms, ammunition, long-barrel semi- automatic or repeating firearms, in accordance with the First Annex of the ‘Firearms and Weapons Other than Firearms Law’ no. 113(I) of 2004.
– Flick knives and daggers.
– Obscene books, photographs, films and articles.
– Pirated or counterfeit goods (e.g. computer programmes, films video and audio cassettes, CD, clothing, handbags, etc).
– Uncooked meat and fish and products thereof, milk and dairy products.
– Nuclear, chemical, toxic, biological weapons and similar substances – Goods used for illegal hunting of game.
– Counterfeit bank notes.
– Goods shipped or originating from countries under an embargo from the United Nations Security Council and the European Union, such as Iraq, Liberia, Sierra Leone, Somalia and Sudan.
– Kimberley Process rough diamonds.
– Hazardous wastes (according to the Basel Convention).

All Prohibitions and Restrictions imposed upon the importation of goods from Third Countries are published in the Department of Cyprus Customs and Excise website.

The relevant catalogue, which remains unaltered, is non-exhaustive. Additionally, as regards the restrictive measures/ sanctions (embargoes) against goods, individuals, entities and organizations by specific countries, you are informed that this provides traceability through the following (EC) website: http://eeas.europa.eu/cfsp/sanctions/docs/measures_en.pdf.

The relevant Decisions/Press Releases/Sanctions of the UN Security Council can be found on the following https://www.un.org/sc/suborg/

Export Restrictions
According to various Cypriot laws, the exportation of certain articles is prohibited or restricted such as all items of which the importation of is prohibited, i.e.:
– Illegal drugs
– Pirated and counterfeit goods
– Knives, daggers, air-rifles, hunting weapons and other illegal and dangerous weapons; their components and ammunition
– Antiquities and valuable artefacts
– Pornographic or offensive material
– Goods of precious metals destined for the Cyprus market
– Precursor chemicals
– Wild fauna and flora, endangered by extinction and products thereof (Washington Convention – CITES), e.g. animals, birds, fowls, lizards, cactus, hides, ivory, etc

Please have in mind that for the above restrictions upon exportation a special permit is required from the appropriate authority or body accordingly for each case.

By In Cyprus
Previous article
A Kxoffee Project
Next article
Ministry of Education: Raft of measures in schools due to high dust levels