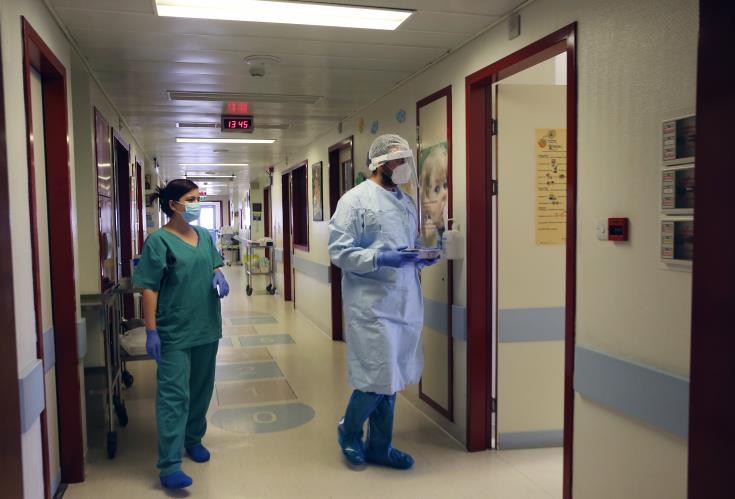 The situation with the pandemic in Cyprus remains alarming, although there has been a small improvement in the figures, and  adherence with measures is of utmost importance, Head of the Scientific Committee Constantinos Tsioutis has said.

Speaking at a press conference, on Thursday, Dr Tsioutis noted that the measures taken for a period of 3 weeks aim at reducing the transmission in the community, as we have witnessed increased transmissibility the past weeks in workplaces and among family members, adding that the contacts during the festive season led to a large number of cases and hospitalizations.

Head of the Committee said that Cyprus has done more than 600,000 tests since November and ranks first in Europe in a proportion to population, adding that the focus now is on nursing homes and care homes and on workplaces which are still operating according to the latest decree.

He said that slowly we are starting to see a decline in the figures adding however that this is a hopeful sign but it is quite early to draw final conclusions.

Tsioutis also said that the positivity rate remains high and in order to reduce it, we all need to continue to follow the measures and reduce our contacts.

He added that the goal is to see an improvement in the hospitalizations in the coming days, pointing out once again that we should not wait to see zero cases but the effort is to have a major improvement, to reach February in safe numbers that would allow us to consider a gradual relaxation of the measures.

Christis Loizides, Chief Executive Officer at State Health Services Organisation (OKYpY) said that the situation in hospitals is manageable and the hospitals in no case are collapsing. He said that at the moment 200 patients with COVID-19 are being treated and a large number of them are in serious to critical condition in Intensive Care Units and Advance Care Units.

He assured that the public hospitals have the capacity to cope and operate according to a plan. Loizides said that if hospitals are overwhelmed with COVID cases and the maximum capacity is exceeded, then the non COVID cases will be referred to the private sector. OKYpY CEO called on the citizens to seek medical help should they need it.

Scientific Associate of the Medical Services for vaccination issues, Christos Petrou, said that the vaccination is taking place according to the national plan adding that most of the residents in care homes have been inoculated and the vaccination for over 80 years of age and of Primary Health Care professionals is currently underway. He said that figures show that until last Sunday a total of 6,035 people go the jab.

Petrou said that Cyprus ranked 8th among EU countries in vaccinations and explained that the program is taking place according to the availability of the shots and the rollout. He said that we need to wait for the authorization of the vaccine by AstraZeneca adding that nobody can predict how the deliveries of batches will go.

He said that AstraZeneca vaccine has been tested in populations up to 55 years old, but this does not mean that older people are excluded.