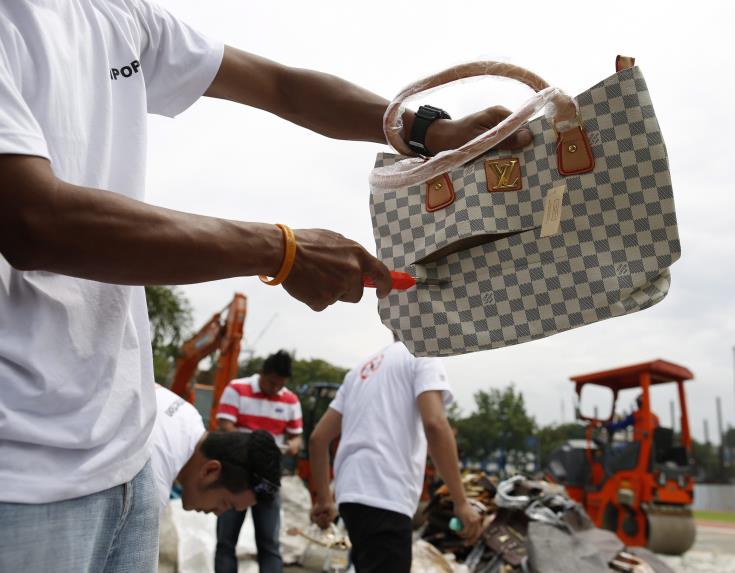 The Cypriot economy loses €198 million every year due to counterfeiting in 13 economic sectors, an amount equal to 15.1% of their sales. This corresponds to €234 per citizen every year.

The sectors mostly affected by pirated products in the Cypriot marketplace are clothing, cosmetics, pharmaceuticals, jewellery, as well as spirits and wine.

According to a study by the European Union Intellectual Property Office (EUIPO) that was released on Wednesday, the accumulated losses correspond to €234 per Cypriot citizen per year. Moreover, 1,256 jobs are lost in these sectors as a result.

The clothing, footwear and accessories sector is the biggest victim, losing an annual €69m or 13.2% of total sales. Next come cosmetics and personal care products with total losses of €36m which is equivalent to 24.4% of sales and pharmaceuticals with €30m, corresponding to 14% of sales.

According to an announcement by the EUIPO, the impact from counterfeiting is estimated at €60 billion across the EU, corresponding to 7.5 % of their sales. Losses amount to €116 per EU citizen every year.

Over the past five years, the EUIPO has been tracking the economic cost of counterfeiting in sectors known to be vulnerable to intellectual property rights (IPR) infringements, the announcement says.

The Executive Director of the EUIPO, António Campinos, said that reporting carried out over the past five years, has given, for the first time, a comprehensive picture of the economic impact of counterfeiting and piracy on the EU economy and job creation, as well as intelligence on how intellectual property rights are infringed.

“Our work has been carried out so that policymakers and citizens can be in no doubt of the value of intellectual property and the damage that arises from its infringement,” he added.

The EUIPO is the EU agency that manages the registration of the European Union trade mark (EUTM) and the registered Community design (RCD), both of which provide intellectual property protection in all EU Member States.