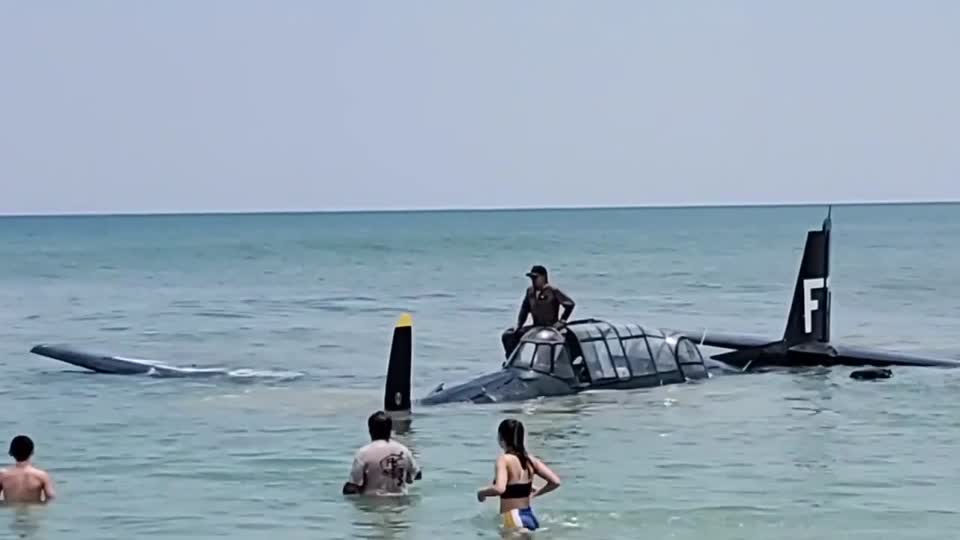 A pilot climbed from a World War Two airplane without serious injury after making the plane land safely close to shore on Satellite Beach, Florida, during the Cocoa Beach Air Show on April 17, according to the organizer.

The plane went down due to a “mechanical issue” and rescue personnel was immediately on the scene, a post by the air show’s Facebook page said.

Nickolas Hawley was viewing the air show on the beach with his family when he filmed a video that shows the pilot standing on top of the plane. Hawley told Storyful that the pilot exited the plane “under his own power” before the two other people helped him to get out of the water.