Picasso at the Cyprus Museum. Works in Clay 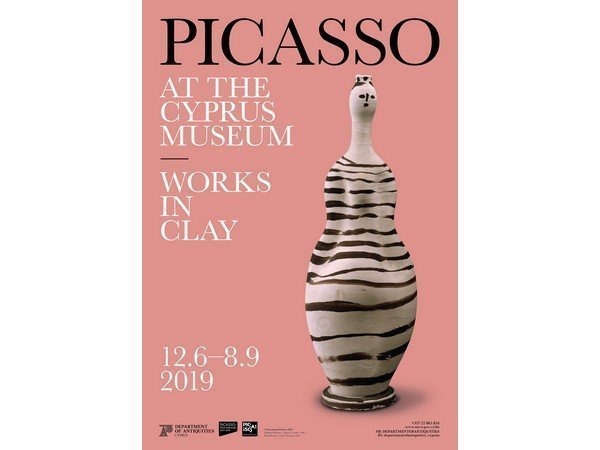 At the mature age of sixty-five, Pablo Picasso developed a passion for ceramic art, which became one of his main forms of expression until the end of his life. In fact, the famous artist’s systematic engagement with ceramics began in 1946 in Vallauris, while on vacation there. In this village in the South of France, Picasso met the owners of the ‘Madoura’ pottery workshop, Suzanne and Georges Ramié. The couple had reopened an old ceramic workshop with a traditional wood-burning kiln. So great was the artist’s excitement with the place and the potential of clay as a material, that a year later he settled in Vallauris together with his new partner, Françoise Gilot. This was the beginning of an extremely fruitful collaboration with the Ramié couple, who actually put both their workshop and artisans at the disposal of the artist. Thus, the ideal conditions were created for Picasso to begin experimenting feverishly with the various techniques of clay.

The ancient art of pottery, the malleability and durability of clay as a raw material, the unpredictable end result, the combination of arts (painting, sculpture, pottery), the usability and transformation of clay objects were all elements that fascinated Picasso. At the same time, the distinctive features of the South of France and Vallauris in particular, such as the ample space, the light, the fragrances of nature and the simplicity of everyday life, all decisively contributed to the opening of a new and important chapter in the life of the artist. Over the next years and until 1971, Picasso created an enormous number of original ceramic works, which exceed 3,500 in number.

Picasso believed that the art of ancient civilizations “is not a thing of the past”. In his ceramic works, the artist evidently uses various shapes, motifs, textures and themes from antiquity and mythology, without copying them, however. Instead, he created a whole new reality. From his preparatory sketches to his final works, one can distinguish influences from the pottery art of ancient cultures, particularly those of the Mediterranean region.

The exhibition, “Picasso at the Cyprus Museum. Works in Clay”, organized by the Department of Antiquities, as part of the Picasso Mediterranée programme and led by the National Picasso Museum in Paris, presents a small but representative part of Picasso’s ceramic creations, with original and unique works. At the same time, the exhibition includes Cypriot antiquities, grouped in such a way as to highlight specific themes, shapes and motifs of antiquity, whose echoes archaeologists discern in Picasso’s works. The visitor is invited to reflect on and sense possible points of encounter and dialogue, but also common characteristics and traits, many of which could have developed randomly.

Indeed, was Picasso aware of Cypriot antiquities? What is certain is that the artist never visited Cyprus. His work, however, entitled “Faces of a Woman”, which was the spark for this exhibition, was inspired by a Cypriot clay composite vessel of the Early Bronze Age (circa 2000 BC), which is exhibited at the Louvre Museum, while similar ones are part of the Cyprus Museum collection. Although in the “Faces of a Woman” the comparison with a specific antiquity is evident, the choice of Cypriot antiquities for the other Picasso works was made in such a way as to bring to the fore the common themes, the similar motifs, the uses and the unchanged techniques that one can distinguish in the works of the anonymous creators of antiquity and those of the 20th century eponymous artist. For this reason, the interest of the exhibition’s curators focused mainly on issues, such as the masquerading and playing with the bull figure, the anthropomorphism and zoomorphism of the vessels, the elaborate and multidimensional handles, the painted decoration, the posture of the body and the pictorial scenes on vessels.

The exhibition will be accompanied by a catalogue in Greek and English.

By In Cyprus
Previous articleSmuggling Hendrix
Next articleU.S. B-52 bombers reach Middle East in message to Iran