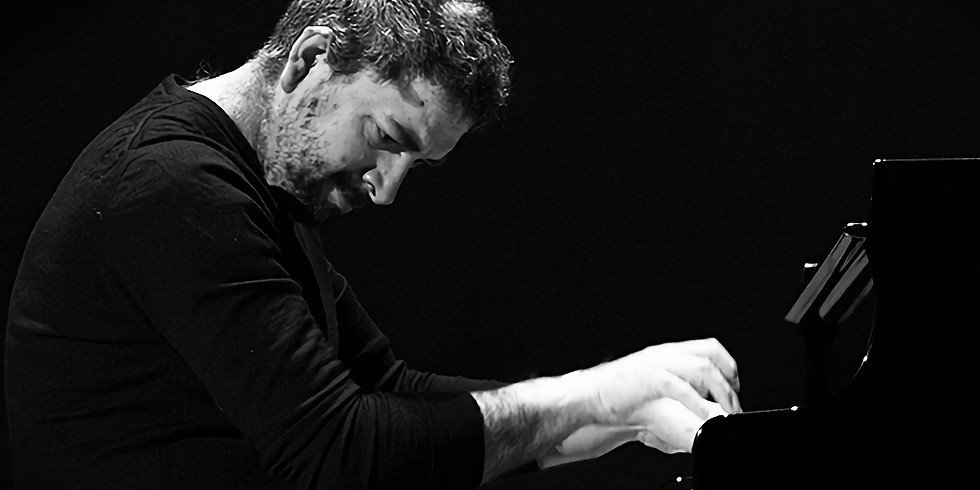 Konstantin Lifschitz has established a worldwide reputation for performing extraordinary feats of endurance with honesty and persuasive beauty. He is giving recitals and playing concertos in the world’s leading concert halls and orchestras, besides being an active recording artist. His performance was praised as “the most magical moment” and “deeply satisfying” by The Independent, and “naturally expressive and gripping” by the New York Times.

He was born in Kharkov, Ukraine. At the age of 5, he was enrolled in the Gnessin State Musical College in Moscow as a student of Tatiana Zelikman.

He continued his studies in Russia, England and Italy. Since his sensational debut recital in the October Hall of the House of Unions in Moscow at the age of 13, he performs solo recitals at major festivals and the most important concert venues worldwide and appears as a soloist with leading international orchestras including the New York Philharmonic, Chicago Symphony Orchestra, London Symphony Orchestra, St Petersburg Philharmonic Orchestra, the Berlin Symphony Orchestra and many others.

In 1995 Lifschitz was awarded the Echo Klassik Prize in Germany in the category “Young European Artist of the Year” and in 1996 he was nominated for a Grammy award for Bach’s Goldberg Variations. Recently, leading from the piano, he released all of Bach’s seven keyboard concertos with the Stuttgart Chamber Orchestra. As a passionate chamber musician, he has collaborated with such artists as Gidon Kremer, Misha Maisky, Mstislav Rostropovich, Natalia Gutman, Dmitry Sitkovetsky, Daishin Kashimoto, etc. He is a Fellow of the Royal Academy of Music in London and has been appointed a professor at the Lucerne University of Applied Sciences and Arts since 2008.

• Les Lis naissans in B minor by François Couperin

• Passacaille in B minor by François Couperin

• Overture in the French style, BWV 831 by Johann Sebastian Bach

The last two years, ‘Technopolis 20’ has been organising ‘Technopolis 20 Classics’, a high-quality classical music concerts series, hosting world-famous musicians from abroad and supporting local talented musicians. All of the concerts are taking place in Paphos, supporting the main target of this project, that is to enhance the artistic scene of our city. Important moments of the project that took place at the venue of Technopolis 20, was the concert of the famous clarinettist Dimitri Ashkenazy with four soloists of the Cyprus Symphony Orchestra, the discussion event with the prominent German organist and improviser, Vice Dean and Professor for Organ and Improvisation at Mozarteum University in Salzburg, Hannfried Lucke, and one of the rare appearances of the internationally renowned flutist Peter-Lukas Graf. After the COVID-19 appeared in our lives, and due to the restrictions, concerts moved to Markideio Theatre with a series of events that supported local musicians.

Against the challenges of this period, the Paphos-based Cultural Organisation ‘Technopolis 20’ aims to continue to support the arts and the artists, by giving them the opportunity to showcase their talent and work, and at the same time to contribute to the development of the cultural life, by offering high level experiences to the public, with the support of course of private sponsorship.

When Sunday, September 19 at 6pm

The production takes all the necessary precautions and follows the instructions announced by the government, in order to ensure your health and safety.

*AFTER CONCERT DRINKS & FOOD IN THE GARDEN*

Join us for after concert drinks at Technopolis 20 garden, for socializing and meeting with the pianist. Drinks and food will be available. Limited seats are available. ONLY with reservations at 70002420.

To say that Mr. Lifschitz made his playing look easy would not be quite accurate. What he offered was a performance of such poetry that the question of whether executing it was difficult hardly came to mind.

Lifschitz maximised the instrument’s potential for colour and tonal variety…the gentle, unshowy authority of his stage manner, that he was most persuasive, emphasising the work’s qualities as living music as opposed to historic monument.

This was due to Lifschitz’s sovereign technique. Variations of touch, tone and pedalling were not only sensitive, with bell-like upper lines and beautifully weighted chordal sonorities, but almost invariably functional, highlighting structural change. It was the most magical moment in a deeply satisfying evening.

Konstantin Lifschitz has established a worldwide reputation for performing extraordinary feats of endurance with honesty and persuasive beauty. He is giving recitals and playing concertos in the world’s leading concert halls and orchestras, besides being an active recording artist. His performance was praised as “the most magical moment“ and “deeply satisfying” by The Independent, and “naturally expressive and gripping” by the New York Times

Konstantin Lifschitz is a Fellow of the Royal Academy of Music in London and has been appointed a professor of the Lucerne University of Applied Sciences and Arts since 2008.