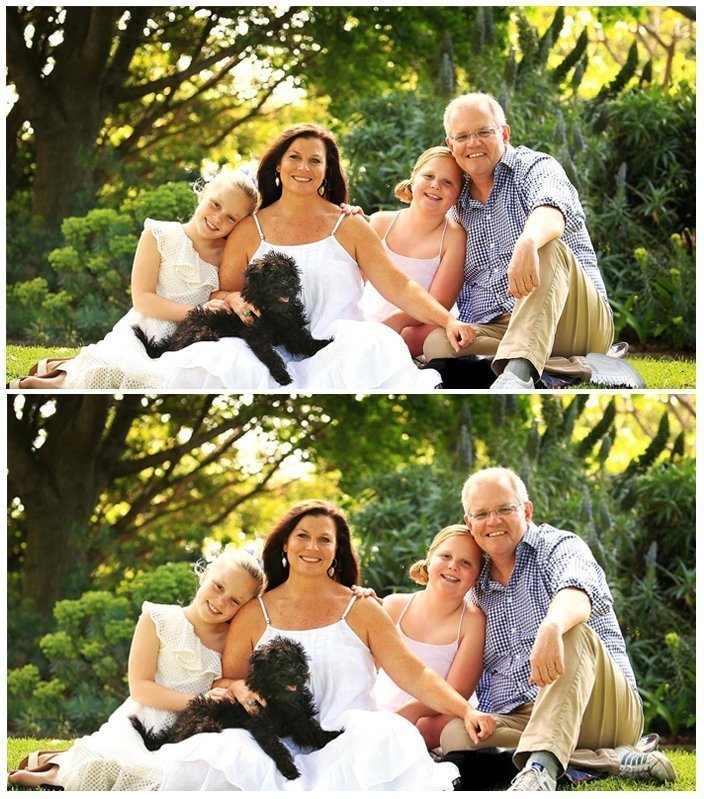 Australian Prime Minister Scott Morrison was left red-faced on Wednesday after a family photograph, doctored by his staff, inadvertently left him with two left feet – an embarrassing image as he tries to end missteps months before an election.

The new image of Morrison with his wife and two children was meant to be his new official photograph for his personal website. However, his staff, keen to remove the prime minister’s scruffy shoes, Photoshopped him with two left feet.

The mistake was widely mocked on social media.

A spokesman for the prime minister said the picture was changed by staff without Morrison’s knowledge or authorisation.

Morrison took to Twitter in a bid to limit the damage, joking that staff could instead have improved his thinning hairline.

Analysts said the incident was a blow to the government’s re-election campaign, with Morrison’s Liberal-National coalition badly trailing the Labour opposition in opinion polls and on course for a heavy defeat in polls due by May. 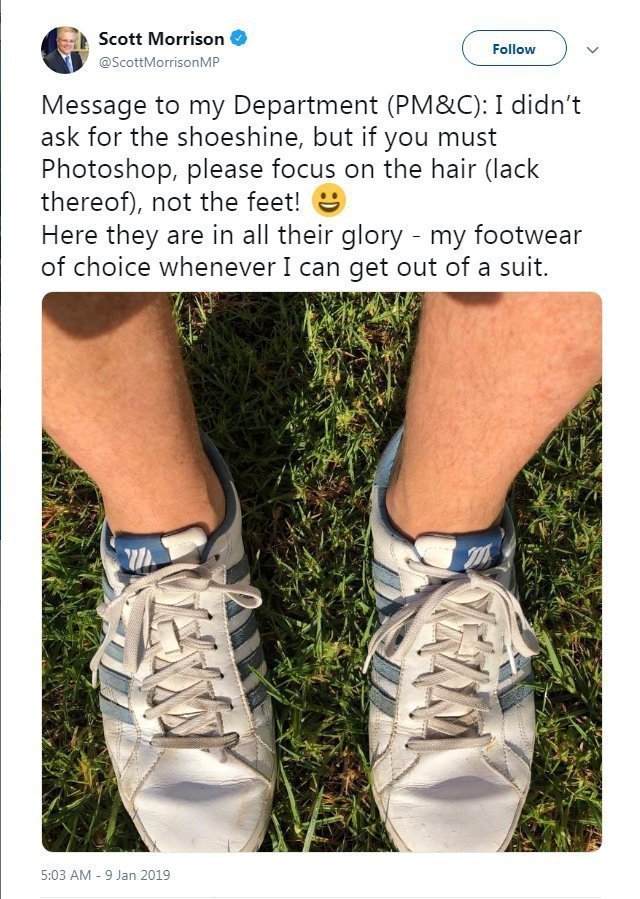 “To be re-elected, Morrison needs everything to go right and ridicule is the absolute last thing he needs,” said Haydon Manning, professor of politics at Flinders University in South Australia.

Morrison has yet to confirm the date of the election. He became Australia‘s sixth different leader in less than 10 years late last year and has seen his standing with voters hampered by a series of missteps.

Desperate to focus national attention on the healthy state of Australia‘s economy, Morrison has moved to clear his legislative agenda of any more potential pitfalls.

He will accelerate his re-election campaign in April when his government delivers its annual budget, which many expect to include tax cuts.