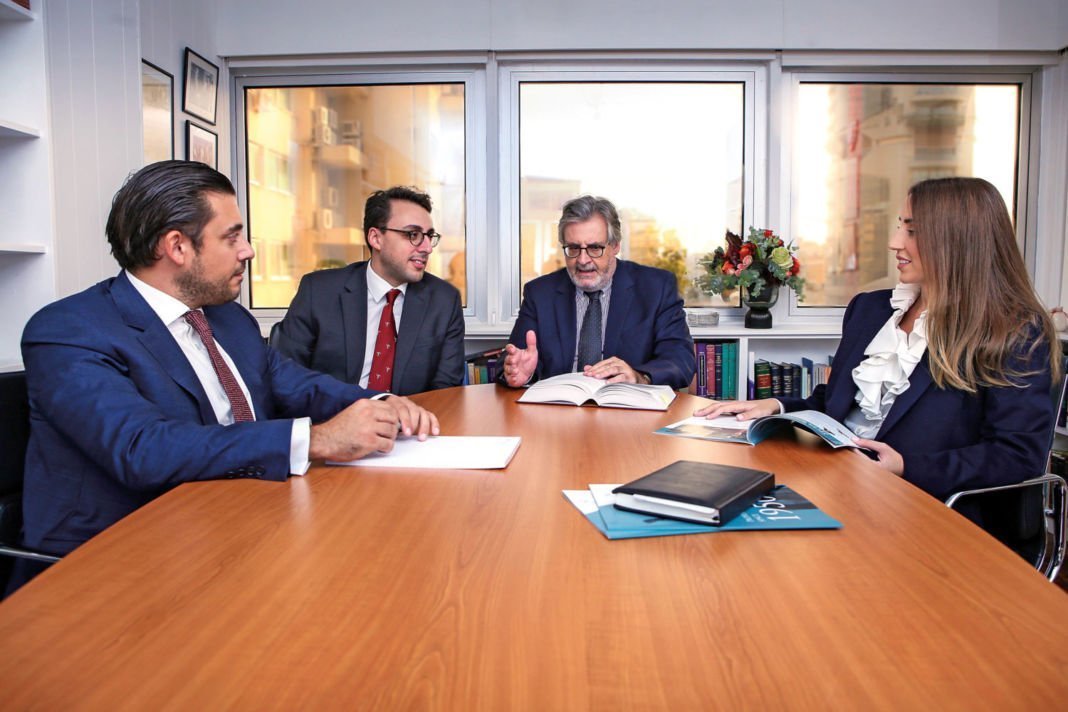 2020, the LLC celebrates 70 years of professionalism

This year the firm celebrates 70 years in business making it one of the most recognizable and prestigious law firms in Cyprus, providing legal services and representation in and out of court. It was founded in 1950 in Nicosia by Phoebus Clerides, who was joined by his son Dr. Christos Clerides in 1982, originally under the name Phoebus Clerides and Associates and later as Phoebus, Christos Clerides and Associates LLC.

Father and son became known to the general public due to their involvement in high profile cases (it is worth noting that in the 1950s, Phoebus Clerides was one of the first Barrister-at-law in Cyprus, and represented Evagoras Pallikarides, while in the 1980s Dr. Christos Clerides was a member of the preparatory committee, which drafted and introduced the first amendment to the Cyprus Constitution abolishing Ecclesiastical Courts in matters of Family Law), but also because of their involvement in politics.

Phoebus Clerides served as Minister of Justice as well as Member of the Cypriot Parliament in the 1980s while Dr. Christos Clerides was, like his father, Member of Cypriot Parliament from 2001 until 2006 and also a member of the National Advisory Board. He has served as legal advisor to the President of the Republic consulting him on the Cyprus issue in the realm of International and European Law, which is the main subject of his doctoral thesis.

Repeated consultations and representation of high-ranking officials of the Republic of Cyprus, including the President of Parliament and the Attorney General before the Courts, is both an honor and a practical recognition of the level of services offered by the firm. It is worth noting that Dr. Christos Clerides was one of the Attorney General’s three lawyers in the application successfully filed with the Supreme Court for the dismissal of the Assistant Attorney General; a landmark case in the judicial history of Cyprus. 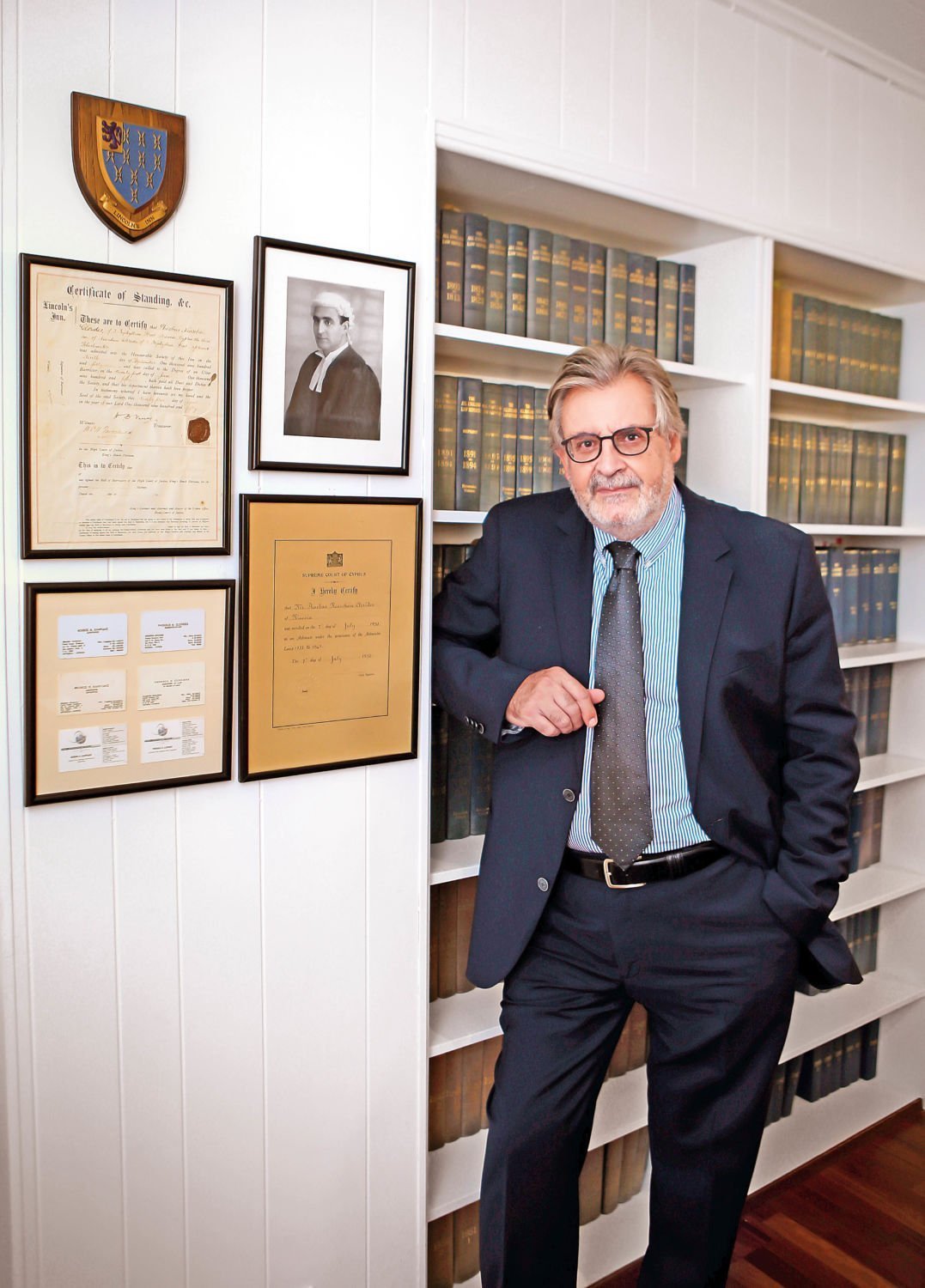 Dr. Christos Clerides is the co-founder of the Association of Human Rights in Cyprus having represented numerous clients in the European Court of Human Rights in Strasbourg.  He has written and published a plethora of articles and studies in the press; he has given speeches at conferences and events and has appeared many times on television and radio to speak on current legal issues. He is the President of the Law Department at Frederick University since 2013, where he teaches, and has published four legal books to-date, which are titled “The Cypriot Issue Under International and European Law”, “The Cyprus Legal System”, “Legal Practice in Cyprus” and “The Law of Evidence”.

He is currently writing his fifth book on Equity & Trusts in Cyprus, which is expected to be published in early 2021. Furthermore, he has been called to handle many court cases internationally as an expert and as a specialist of the Cyprus Legal System and its legislations. The most recent case was before the five-member Supreme Court in Oslo, Norway.

In 2020, he was interviewed by The Washington Times about the role of the legal firm in the Cyprus energy program and the EASTMED pipeline. “Multinational companies need guidance regarding the Cyprus legal framework that governs their work and in drafting their contracts with the Republic of Cyprus, and for this reason we are already collaborating with a law firm in New York,” said Dr. Clerides.

Also in July 2020, he gave an interview to The Legal 500 Country Comparative Guides on Aviation law in Cyprus, the regulations and the legislation that governs it in comparison to other countries. Dr. Clerides is also considered an expert on Aviation Law and has represented many families of victims of the Helios Airways plane crash in 2005 who received compensation.

Dr. Clerides was elected President of the Cyprus Bar Association on 15 October 2020. According to him, it is a great honour that Cyprus’ lawyers have trusted him with this position. At this stage of his carreer he has the necessary experience, time, will and passion to dedicate himself to the legal profession and the justice system as President of the Bar Association.

Since 2008, Phoebe Cleridou (LL.B, LL.M – UCL) is a valuable member of the team. With a master’s degree in Corporate & Commercial Law from UCL, she specializes in cases relating to the financial sector. She was head of a team of lawyers who undertook the cases of debentures after the Cyprus Popular Bank closed down in 2012. Her specialization in banking law as part of her master’s degree and her in-depth knowledge of anti-money laundering legislation and European regulations made her the ideal compliance officer of the firm and was appointed in the position in 2017.

From the very beginning, she has been also dealing with inheritance matters such as wills and administrations, both in Cyprus and abroad with clients from Greece, the United Kingdom, the United States, Australia, South Africa and Canada. In addition, Phoebe has many years of experience in Family Law cases and, in particular, divorces, property disputes, alimony and custody issues both in and out of court. 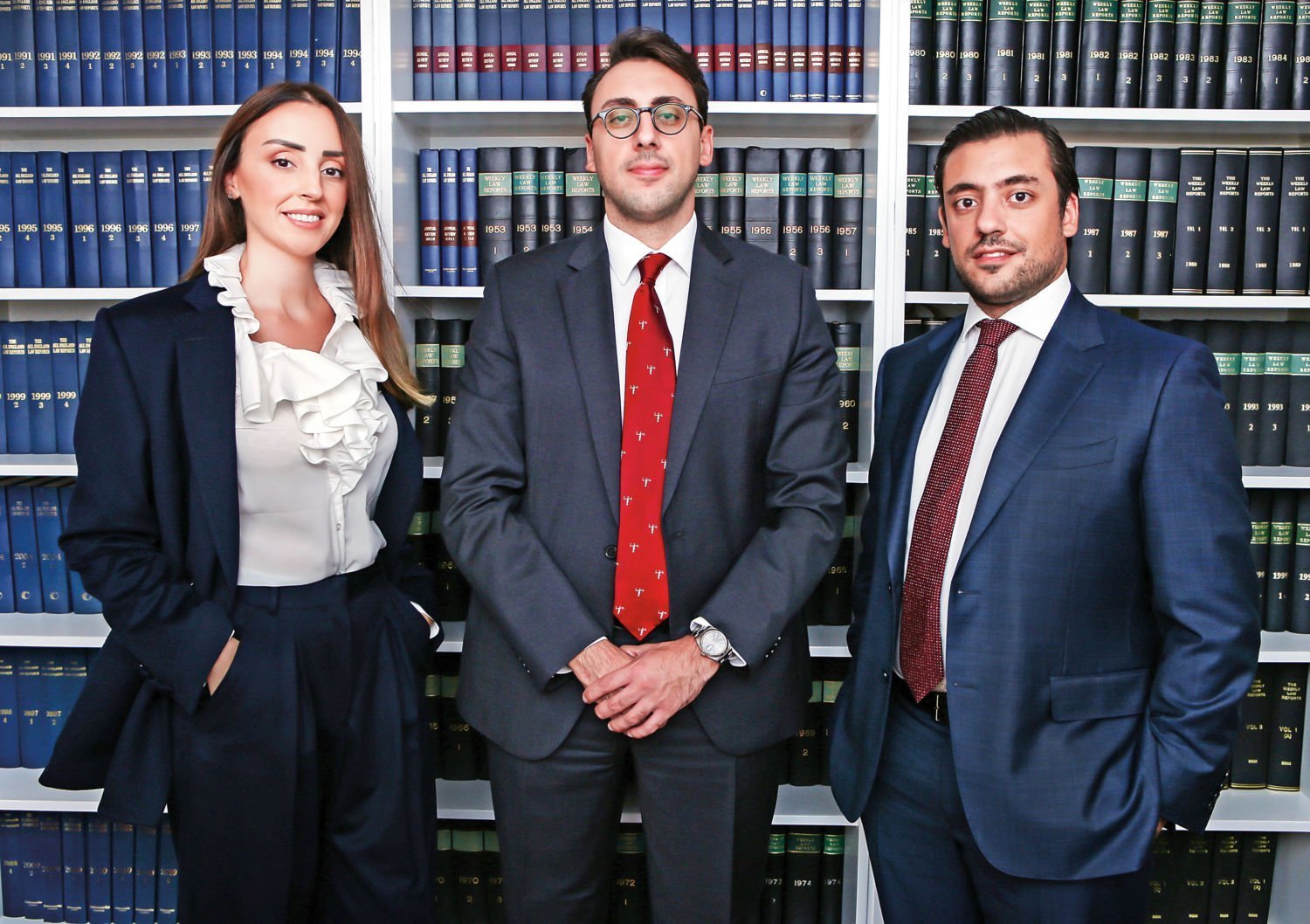 Since 2014, she has been teaching Family Law at Universities in Cyprus. Her articles have been published in the press and legal journals. The most recent article in 2020 concerned e-justice and the consequences that the coronavirus has on the legal profession.

Since 2018, she is Partner and General Manager of the firm. After the assignment of her duties, Phoebe’s main objective was and is a gradual upgrade of the company to meet the current needs of the market. To date, one of the main upgrades was the introduction of an e-management system that digitalized and automated most of the administrative work of the company and staff in order to save time, minimize errors, monitor deadlines and inform speedily on a daily basis clients. Furthermore, she has undertaken and completed the digitalization and archiving of the firms library counting currently more than 5000 law books, which are a powerful tool for the company’s lawyers.

In 2013 Alexandros Clerides (LL.B, LPC) followed, who is in charge of the Litigation Department and specializes in criminal law cases. He has handled a large number of cases before the Criminal Court, the Supreme Court as well as European arrest warrants cases. He has attended several conferences on criminal law as a guest and as a speaker, with numerous publications and television appearances on issues related to criminal and civil law. His research on alternative sentencing is being studied at many universities. Alexandros is appointed as a lawyer for the Association of Prisoners’ and Ex-Prisoners Rights in Cyprus. From 2016 to 2020, he was also an elected member of the Nicosia Bar Association.

Furthermore, he provides legal advice on investment and real estate transactions to foreign investors in Cyprus. In 2017, he gave an interview to the world-renowned LEGAL 500. In 2018, he attended a six-week program organized by Oxford University on digital currencies, such as Bitcoin, Litecoin, Ethereum etc., and directives stemming from digital currency formats and their legal context. He recognizes that continuous education in new legal fields, which are being formed in the world market, constitutes an integral piece of perpetual professional development and support of the customers. In the beginning of 2020, he was one of the keynote speakers at a conference in Geneva on the Cypriot legal framework for investment.

In 2016, Constantinos Clerides, Barrister-at-Law of Lincoln’s Inn, joined the litigation department and, among other duties, handles cases of personal injury and traffic accidents, medical negligence, as well as cases of wider tort law such as defamation and professional negligence. However, holding a Master’s degree in International Business Law from King’s College London (LL.M) he also handles commercial cases to resolve disputes arising from contractual and commercial relationships, agency and distribution agreements, sale purchase agreements and lease agreements related to immovable properties.

As far as the banking system is concerned, he represents clients in court with claims regarding securities or debentures against banks. Since January  2020 he has been the head of the corporate department. Constantinos has gained extensive experience in court proceedings concerning the dissolution and liquidation of companies before the District and Supreme Courts and disputes that arise between directors and shareholders. He is involved in cases relating to the recognition and enforcement of foreign judgments or arbitral awards as well as proceedings disputing the jurisdiction of Cyprus Courts.

Out of court, he advises clients in drafting commercial agreements, employment agreements, partnerships, company registration and corporate structures, shareholder rights and responsibilities of directors, mergers and acquisitions, laws and regulations governing the banking system for full compliance, and establishment and operation of domestic or international trusts. Together with a team of lawyers, he provides solutions to clients that minimise any possible future risks. In 2020 he completed HarvardLawSchool2X: Contract Law: From Trust to Promise to Contract from Harvard University. He has been a member of the Charter Institute of Arbitrators since September 2020.

The law firm practices law in all fields and sectors, and is staffed with professionals who are equipped with the knowledge, experience and consistency to cater and support the needs of each client. The team consists of 20 specialized and experienced individuals in total, each of whom practices within the sector of the law of their specialization. The permanent staff of the firm also cooperates with a network of experienced external associates, and together they offer full range of services.

Since 2009, our law firm has been consistently recommended by international legal catalogues, such as LEGAL 500, as one of the best law firms worldwide.

RCB is in Cyprus for 25 years and it is considered as one of the systemic banks of the island. How do you...
Read more
Business

Experience the future of law, today Our Legal Management Consulting (LMC) service line is our response to the demands of modern in-house counsels, developed by...
Read more
Business

The firm of choice for demanding clients Recognized and ranked in a number of major legal rankings, including the Legal 500 and Chambers & Partners...
Read more