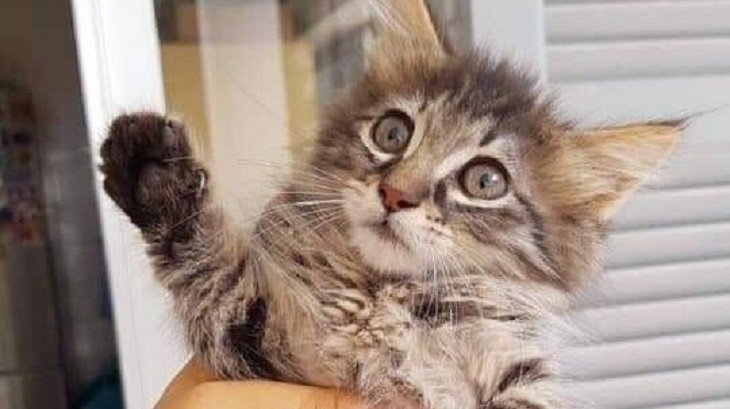 A petition has been launched calling Hermes airports to create an animal handling room amidst an outcry after a kitten was squashed to death in a conveyor belt at Larnaca airport.

Hermes, the airport operator said that a decision had been taken earlier this year to create such a facility and procedures were already underway.

The kitten, Tiny (pictured), was being transferred in a crate by a volunteer rescuer-handler out of Cyprus early on Tuesday. The handler said that the kitten escaped when she took it, along with the other cats she was transferring, out of the crate in order to pass it from the X-ray machine at security.

According to volunteers who witnessed the incident, the kitten went into hiding and at one point jumped on the conveyor belt where it got trapped and dragged under, eventually being crushed to death.

Charity Animal Action Cyprus started the petition urging Hermes – which operates Larnaca and Paphos airports – to create an animal handling area, in order for the pets to be safely held during the scanning process. The petition gathered more than 3,000 signatures in three days.

Asked to comment on the incident, Hermes said that airport staff asked the rescuer to keep the kittens in their crates while they passed from the X-ray machine and that it was her decision to let the kittens out.

Hermes said that it is in its “immediate plans” to create an animal handling area where all the security procedures (check in, x-ray) involving animals can take place. Following the security check, the animals will be transferred to the airplane by responsible personnel.

“Hermes Airports puts special emphasis to the issue of animal security, complying with all relevant regulations and specifications regarding handling animals in airports,” the company said.