Petition against proposal to ban alcohol in public areas 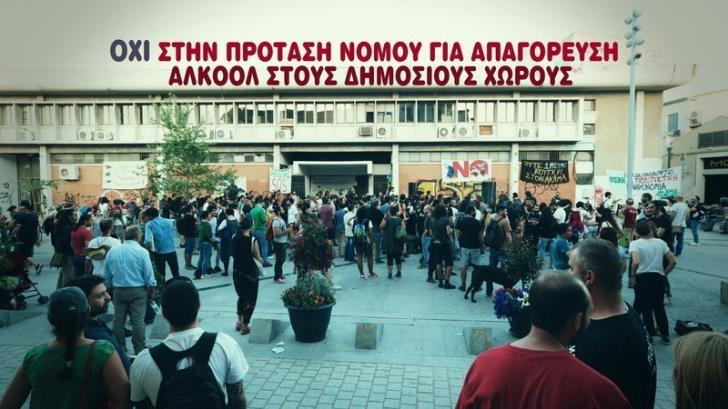 An online petition has been launched to oppose a proposal by the deputy tourism ministry to prohibit the consumption of alcohol in public places.

Earlier this week, deputy tourism minister Savvas Perdios had announced  that consultations have started on legislative proposals seeking to reduce noise pollution in tourist areas, regulate the operation of organised beaches and ban the consumption of alcohol in public areas.

For petition organisers Public Spaces Cyprus SOS the proposed ban is conservative and compromises the use of public spaces.

“What can be discerned once more in this governments’ agenda is a paternalistic and conservative political attitude and agenda. In this case, one would only be able to enjoy a drink in a private establishment (i.e. bars, cafés). But how about those who cannot afford to pay 5 euros for a beer? How does the Deputy Ministry cover the needs of the financially disadvantaged and why are they denied access to free entertainment in public spaces,” it queries.

And it adds: “Think of Heroes Square in Limassol with numerous outdoor events or the area around Phaneromeni Square with its popular summer events. Imagine not being allowed to buy a beer from a nearby kiosk and enjoy an event in one of the above settings…”

They acknowledge there is an issue with unruly tourists in Ayia Napa.

But they said the free movement of people who want to enjoy a drink in a public space cannot be negotiable.

“The state of emergency that has been enforced in response to the Coronavirus seems to have paved the way for intensifying state intervention in citizens’ civil liberties,” the petition adds.

And it concludes: “For all the above reasons we declare our strong opposition to the law proposal of the Deputy Minister of Tourism to ban the consumption of alcohol in public areas – beyond the boundaries of restaurants and other establishments. We are asking from the deputy minister to withdraw this unacceptable proposal and the members of the parliament to reject it”.

By In Cyprus
Previous articleDrive in movies, open air performances from Rialto
Next articleGermany holding teleconference on tourism, Cyprus participating