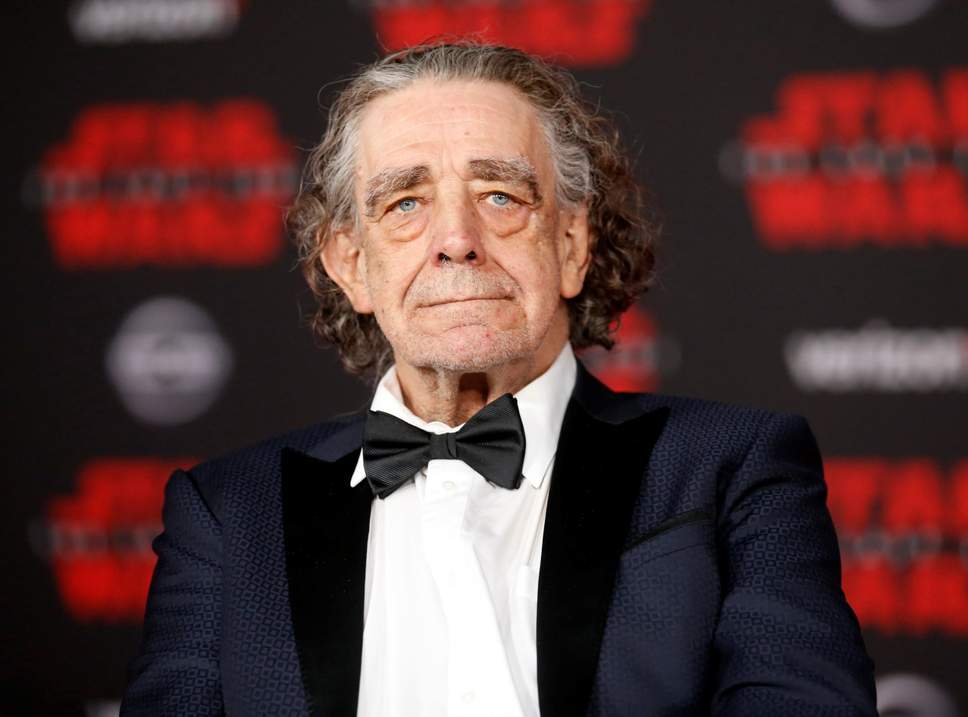 British-born actor Peter Mayhew, who played Chewbacca the Wookiee, the loyal, furry companion of space buccaneer Han Solo in five of the “Star Wars” movies, has died at age 74, his family said on Thursday.

Mayhew, whose face was never seen in the “Star Wars” films – his entire body was always clothed in his Wookiee costume – died at his north Texas home on Tuesday, according to the family’s statement on Twitter. No cause of death was given.

The lanky performer made his first appearance as the beloved, bleating Chewbacca character in the landmark 1977 sci-fi action-thriller “Star Wars,” and went on to co-star in four more films in the blockbuster series – “The Empire Strikes Back,” “Return of the Jedi,” “Revenge of the Sith” and “The Force Awakens.”

He retired from playing Chewbacca for health reasons, although his family recalled that for Mayhew’s final turn as the heroic Wookiee in “The Force Awakens,” he “fought his way back from being wheelchair-bound to stand tall” once more as the woolly character in the 2015 film.

He also served as an off-camera consultant on the final 2017 film in the series, “The Last Jedi,” helping to tutor his successor in the Chewbacca role, Joonas Suotamo, on the ways of convincingly playing a Wookiee.

Co-stars saluted Mayhew as a performer whose own inner poise and grace shone through in his character.

“Peter Mayhew was a kind and gentle man, possessed of great dignity and noble character,” said Harrison Ford, who as Han Solo shared many scenes with Mayhew. “Chewbacca was an important part of the success of the films we made together.”

Mark Hamill, who starred as Luke Skywalker in the franchise, called Mayhew “the gentlest of giants.”

“A big man with an even bigger heart who never failed to make me smile & a loyal friend who I loved dearly,” Hamill wrote on Twitter. Suotamo remembered Mayhew as “an absolutely one-of-kind gentleman and a legend of unrivaled class.”

WALKING CARPET IN A BANDOLEER

Chewbacca, tall, shaggy and clothed only in a bandoleer, was introduced to movie audiences in the original “Star Wars” film as co-pilot of the Millennium Falcon, the spacecraft captained by his best friend, Solo, played by Harrison Ford. Solo affectionately referred to him as Chewie.

The character of Princess Leia, played by the late Carrie Fisher, was more dismissive of Chewbacca at first, memorably snapping: “Will someone get this big, walking carpet out of my way,” early in the first “Star Wars” picture.

A trusty sidekick who spoke in a language of dog-like growls and bellowing moans understood by his compatriots, Chewbacca was the most notable member of the fictional humanoid Wookiee species of his heavily forested home planet. Another actor supplied the character’s vocalizations.

Deprived of recognizable speech and with facial expressions limited by the Wookiee mask he wore, Mayhew relied on body language to portray the emotional range of a character who could be both fearsome and sensitive.

“Chewie transformed me,” Mayhew once said of performing in the costume, according to a profile posted on the official StarWars.com website run by Lucasfilm studio.

Mayhew, who stood 7 feet, 4 inches (2.24 m) tall, was discovered while working as a hospital orderly in London.

A photograph of him published in a local paper caught the eye of film producers, and he was cast as a Minoton in the 1977 film “Sinbad and the Eye of the Tiger,” co-starring Jane Seymour, according to his official Facebook page.

About a year later, after returning to his job at King’s College Hospital, Mayhew was called by filmmaker George Lucas to audition for the role of Chewbacca, a role he not only created for the original “Star Wars” film and reprised in four others but inhabited in various television and personal appearances over the years.

“Peter was a wonderful man. He was the closest any human being could be to a Wookiee – big heart, gentle nature … and I learned to always let him win,” Lucas said in a statement late on Thursday. “He was a good friend and I’m saddened by his passing.”

By In Cyprus
Previous articleIncrease of 97% in student housing
Next articleTurk hurt in Christchurch attacks dies, NZ death toll at 51-minister