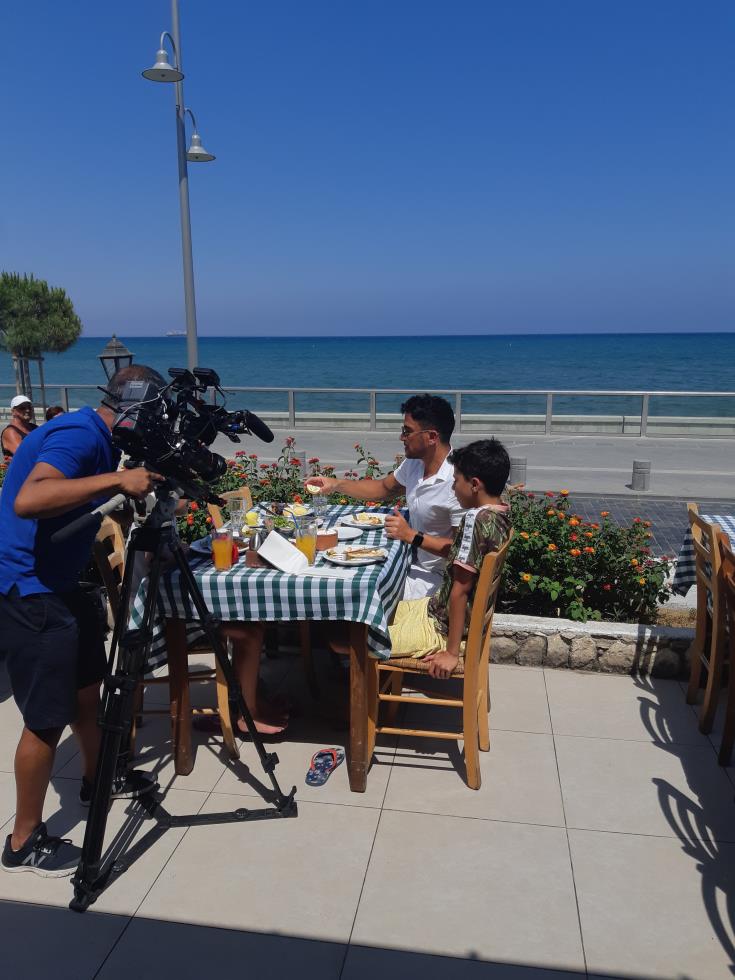 Britain’s ITV has joined forces with celebrity Peter Andre to shine the spotlight on Larnaca.

Andre, who is of Cypriot origin and is best known for the hits Mysterious Girl and Flava, filmed the first part of a popular ITV show on Thursday, the Larnaca Tourism Promotion Board said. He and his children were filmed in the Piale Pashia area, Castella beach, the Lebay hotel in Oroklini and his holiday home in Kiti. The second part of filming will focus on activities offered in Larnaca and other points of interest, it added.

“Peter Andre,  who is a popular celebrity in the United Kingdom, has expressed a special preference and his love for Larnaca which he has publicly described as his ‘second home’ “, Larnaca’s Tourism Promotion Board said..

Born in London, Peter Andre and his family moved to Australia when he was six. A well-known  singer, songwriter and TV personality, he has appeared in I’m a Celebrity and Strictly Come Dancing. He has four children, two with former wife, the model Katie Price, and two with his second wife Emily MacDonagh..