Peru’s Paolo Guerrero vows to fight doping ban: ‘This is about my honor’ 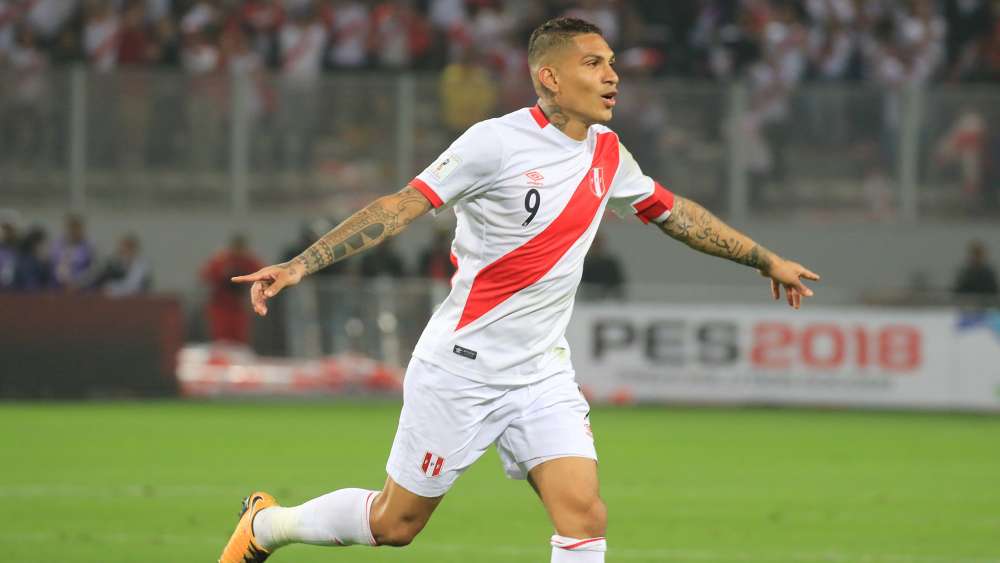 Paolo Guerrero should be the happiest man in the world. Peru, after a 36-year absence, will be at soccer’s World Cup in Russia next month, and Guerrero, in the twilight of a peripatetic career, was to be there to lead the team out as its captain and star striker.

But instead of daydreaming about opening the scoring against Denmark in Saransk, the 34-year-old Guerrero is consumed with angst. A six-month drug suspension he thought he had completed was instead extended to 14 months this week, dashing his dreams but also those of a nation whose adoration for him had only grown during his exile.

Guerrero vowed to appeal the new, longer ban, a long-shot effort that quickly gained the backing of even Peru’s president, Martín Vizcarra.

“This is about my honor and my family’s honor,” Guerrero said in a telephone interview Friday, his voice breaking with emotion. “There are people talking about me, that I did this, but I’ve never done anything like this. I’ve never taken any drug.

“I’ve played for more than 15 years with dedication. I played my first game for the national team when I was 19 and always fought to reach the World Cup. I gave everything to lift my country to the tournament, and now I can’t play because of something so unjust. I’m just really sad.”

Yet for Guerrero, who most recently played for Brazil’s biggest team, Flamengo, the biggest current concern is the effect the ban is having on the health of his parents, José and Petrolina, who are both in their 70s.

“My mom and dad are the most important people in my life,” he said. “To see them so sad, so worried that they can’t sleep because they can’t see me live my dream — that’s the worst thing.”

Guerrero spoke from his home in Peru, where his mother was joined by a legal team plotting a Hail Mary appeal with Switzerland’s Supreme Court to overturn the ban imposed after the Swiss-based Court of Arbitration for Sport sided with the World Anti-Doping Agency’s own appeal of the six-month ban.

Guerrero insisted he was not a drug cheat, and at least two disciplinary panels have appeared to agree with him. FIFA, the world governing body of soccer, accepted his explanation for the positive test and reduced his original one-year ban to six months, a suspension that, perhaps not accidentally, would have ended just in time for him to compete in Russia. And in its decision this week, a Court of Arbitration for Sport panel said it “accepted that he did not attempt to enhance his performance by ingesting the prohibited substance.”

Yet CAS, siding with the World Anti-Doping Agency, which had appealed the shortened ban, still ruled that Guerrero bore “some fault or negligence, even if it was not significant,” as justification for extending his suspension.

Guerrero said Friday that he tested positive for traces of a cocaine derivative after drinking contaminated tea before two crucial World Cup qualification matches against Argentina and Colombia late last year. That positive test meant he was unable to play in November when Peru sealed its first qualification since 1982 by beating New Zealand in a two-game intercontinental playoff.

FIFPro, the global players’ union, has joined the legal battle to overturn Guerrero’s suspension. It is urging doping authorities to reconsider regulations that leave no room for mitigating factors in the cases of athletes like Guerrero, even when disciplinary panels acknowledge they ingested banned substances through no fault of their own.

“Both FIFA and the Court of Arbitration for Sport agreed Guerrero did not knowingly ingest the substance and that there was no performance-enhancing effect,” FIFPro said in a statement. “It therefore defies common sense that he should be handed a punishment which is so damaging to his career.”

Guerrero, like the rest of his Peru teammates, was not yet born the last time his country made an appearance at the World Cup, in Argentina in 1978. And he said that he recognized that Russia was almost certainly his last chance to fulfill a childhood dream, of getting that feeling in the pit of his stomach before a big match, of easing José and Petrolina’s pain, as well as that of more than 30 million of his countrymen.

“Football is my life, my passion, and this is my biggest dream,” he said. “Don’t take it away.”